20keV helium ions have a large effect on small particles

Helium ions with energies of tens of keVs are promising imaging particles, but what are their effects on nanoscale structures? Here we investigate the effects of ion irradiation on gold-silica core-shell nanoparticles.

Helium ion microscopy (HIM) is a scanning beam imaging technique similar to a scanning electron microscope. Recent advances in helium ion source technology has meant that HIM is an excellent imaging technique with nanoscale resolution. At the Luxembourg Institute of Science and Technology (LIST), we are investigating 20keV transmission-HIM (THIM), and so we are interested in what happens when samples are exposed to such helium ions. We knew that many planned applications of helium ion imaging techniques involve small nanostructures and so we asked ourselves,  ‘what effects do ions of these energies actually have on small nanoparticles?’ . As our test case, we chose 70nm diameter core-shell gold-silica particles, a commercially available type of particle, which has many proposed applications, all of which rely directly on the particle nanostructure. With these particles, we decided to track the progression of the same set of particles to gradually increasing fluences of helium ions.

The initial challenge was finding a method to successfully deposit the desired concentration of particles onto a grid without excess unwanted debris (we think this was due to broken silica shells and possibly something left over from the production process). With trial and error I found a procedure, which gave the particle spacing we wanted and without any unwanted contamination. Then I needed to transfer the sample between the transmission electron microscope (TEM) and THIM prototype chamber, without dropping or damaging the sample.

After the first 3 exposures the variations were subtle but once I had looked over the images it was clear that the structure was changing and we decided to do one extra exposure. After this final exposure, the deformations and production of satellite clusters were very clear. After each transfer the cost of dropping the sample increased, so I was very relieved when the sample was safely loaded into the TEM for the final set of images. The main conclusion from the study is that there were substantial changes to both the silica shell and the gold core as a function of ion fluence. The silica varies shape from spherical to a more hemispherical structure. The gold core shrinks and the lost gold atoms coalesce into smaller satellite clusters.

At LIST we performed Monte Carlo simulations to assess the trajectories of 20keV helium ions in slabs of similar materials, data which is inaccessible experimentally. These trajectories show that the ions interact with most of the particle volume. We then collaborated with researchers at HZDR, who have expertise in binary-collision based Monte Carlo simulations of 3D structures. These simulations gave us access to chemical profiles. This data is inaccessible experimentally, without destroying the particle, preventing subsequent exposures. The simulations did not reproduce all of the experimental observations, showing that processes other than ballistic collisions are occurring.

Our paper (www.nature.com/articles/s41598-020-68955-7) shows that 20keV helium ions at 4.7x1017 ions/cm2 are capable of altering the structure of core-shell nanoparticles. This could be a hindrance to imaging or it could be the goal of an ion beam sculpting experiment but, either way, future helium ion studies of nanoparticles will need to consider these results when planning which fluence values to use. 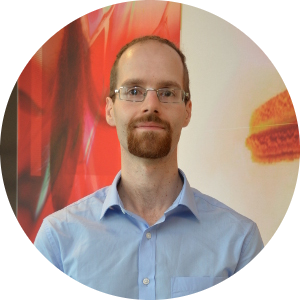