The paper in Nature Materials is here: https://go.nature.com/2xnZUfI

The University of Cambridge School of Clinical Medicine defines plasticity in nervous tissue as “the ability of the nervous system to rewire its connections” and enable “recovery from nervous system damage.” This property of self-healing through plasticity represents one of the many extraordinary features of soft biological materials that has inspired the way we think about future machines and electronics.  The example of neuroplasticity was especially helpful for my labmates and I in early 2016 while we were studying some interesting behaviors in a new type of soft rubber composite that we had recently developed.

The recently developed rubber composite is composed of microscopic droplets of non-toxic liquid metal embedded inside of a soft silicone rubber. In contrast to most particle filled composites, the liquid-phase composite is softer than the unfilled rubber and is electrically insulating after it has cured. Interestingly, when pressed with sufficient local pressure, the embedded microscopic droplets rupture and form electrical connections with neighboring droplets, transforming the rubber from an insulator to an electrical conductor. Upon further investigation, we found that this instantaneous transformation also occurred during other forms of material damage including cutting, tearing, and puncture. Surprisingly the overall conductivity of the circuit increased when the material was punctured or removed, as the area of the electrical conductor is effectively doubled. As researchers, this unique material property was an interesting opportunity to explore electro-mechanical coupling within soft rubbery composites composed of elastic and fluidic materials.  However, we struggled to see how damage-initiated conductivity could be useful in practical applications or if there were parallels in other synthetic or natural systems.

The analogy to neuroplasticity was helpful to us for two reasons.  First, it gave us a framework in which to think about the reconfigurable pathways of connected liquid metal droplets as analogous to a network of neurons and synapses.  Similar to how neurons could reconfigure their synaptic connections to circumvent damaged tissue, the droplets would spontaneously create new internal connections around the damaged area to rewire the electrical network.  Secondly, the analogy to neuroplasticity gave us new perspective on how this material phenomenon could be used in engineering applications.  With growing interest in soft bio-inspired robotics, we saw the composite as an ``artificial nervous tissue'' that could enervate a soft robot by creating electrical connections between its power source, controller (embedded microcontroller), and electrically-powered limbs.  For our robot, we used shape memory alloy as the limb actuator and were able to demonstrate that the limb remained responsive and allowed the robot to walk steadily even as we punctured its internal wiring.

The self-restoring connectivity that we achieve with this electrically conductive rubber composite represents just one property out of the many that have been inspired by soft biological materials.  There is still plenty of work to be done in applying examples from biology to introduce new material functionalities and architectures that tackle even bigger challenges.  Nonetheless, our discovery and it's potential utility in a variety of current and emerging applications can hopefully provide new opportunities to create robust electronic and robotic systems. Furthermore, the combination of liquid droplets in soft solids is a material architecture rich in unique mechanical and physical properties. Moving forward, engineering materials and systems with properties similar to the extraordinary multifunctionality presented in biology offers exciting possibilities for the creation of future technologies with extraordinary resilience and function. 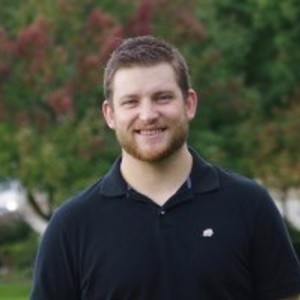