Researchers more than doubled the ability of a material to convert heat into electricity, which could help reduce the amount of wasted heat, and thus wasted fossil fuel, in daily activities and industries.

There are a lot of amount of waste heats, which are thrown away without being used, from sunlight, factories, electric power plants, automobiles, computers, and human bodies. Especially, the waste heats from factories, electric power plants, and automobiles are ~2/3 of the primarily energy such as oil. It means present human being throws away a lot of energies originated from fossil fuels.

Thermoelectric energy conversion has attracted increasing attention from this point of view. Thermoelectric materials can convert a temperature difference into electricity (Seebeck effect). Thus, waste heat that is thrown away without being used can be converted into easy to use electricity by using the Seebeck effect.

In order to realize highly efficient thermoelectric energy conversion, it is required good thermoelectric materials showing a large voltage (thermopower), a large electrical conductivity, and a low thermal conductivity, simultaneously. However, this requirement is very difficult to achieve because of the trade-off relationship between them.

As a solution to this problem, in 1993, the theory that “Thermopower can be increased without changing the conductivity if electrons are confined in a narrow space” was proposed. This theory was demonstrated in 2007 by using an artificial superlattice composed of conducting ultrathin layers sandwiched by thick insulating layers, and a thermopower enhancement of about 5 times the bulk was achieved. But there was a problem that the performance of the whole superlattice was almost the same as the maximum value of the bulk.

In order to overcome this problem, in this study Zhang et al. worked on the demonstration of the newly proposed theory “Enlarging thermopower enhancement will occur by confining electrons that widely spread in a narrow space”. Specifically, we confirmed that electrons spreading by about 30% wider than in the past were confined in the artificial superlattice, and as a result we achieved thermopower enhancement of about 10 times the bulk ratio, and doubled the performance of the entire artificial superlattice.

This achievement of boosting the effect of enhancing the thermopower and doubling the performance by confining the spread electrons in a narrow space is epoch-making. We wish in the future, the waste heat from factories, electric power plants, automobiles and computers may turn into electricity. 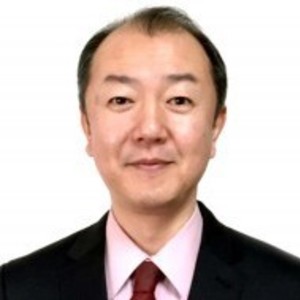 Dr. Ohta is currently Professor of Research Institute for Electronic Science at Hokkaido University, Japan. He obtained a B.S. in Applied Chemistry from Saitama University, Japan in 1994 and a M.S. in Applied Chemistry from Nagoya University, Japan in 1996. Before obtaining his Ph.D. at Tokyo Institute of Technology in 2001, he worked at two private companies, SANYO Electric and HOYA. In SANYO Electric, he worked on Li-ion battery (1996-1997). In HOYA, he worked on transparent conducting oxide including InGaZnO4 (1998-2003). In 1999, he was sent on loan to HOSONO Transparent ElectroActive Materials Project, ERATO, JST as a postdoc. In 2003, he moved to Nagoya University as an associate professor and worked on thermoelectric materials. September 1st, 2012, he moved to Hokkaido University as a full professor.
Follow