Thinner films are always better in the field of membrane science. Here is a story behind the realization of the thinnest possible membrane for an efficient separation of hydrogen/methane mixture.

Our paper in Nature Communications can be found here: go.nature.com/2KCF4zq

Thomas Graham, in the 19th century, was the first to systematically study the relative flow of gases through films. Adolf Fick then developed the concept of diffusion (Fick’s first and second law of diffusion), which then made it clear that flow rate is proportional to the membrane thickness. So, thinner the membrane; smaller would be the resistance, and consequently faster would be the molecular flow for a given condition. The thinnest possible membrane is an atom-thick film, for example, single-layer graphene. Unfortunately, the carbon atoms in graphene pack too tightly and do not leave much space to allow any molecular flow. Also, graphene, on its own, is easy to tear, making it almost impossible to coat a large-area porous substrate without encountering cracks or tear.  This is the story of the development of a relatively large area (1 mm2) single-layer graphene membrane, and the separation of gas molecules from the defects in graphene crystals that arise during the synthesis of graphene.

During my Ph.D., which now seems a long time back, I was already looking for ways to cut down the thickness of zeolite membranes. Prof. Michael Tsapatsis, my Ph.D. advisor, had a vision of synthesizing thinnest possible zeolite crystals (zeolite nanosheets), which eventually became a reality in 2011 (Varoon (Agrawal) et al., Science, 334, 72-75, 2011). However, the nanosheets, by design, are microscopic in size, and therefore the nanosheet-based membranes rely on a stacking technique, and as a result, the thinnest membrane reported using the nanosheets is 100-nm-thick (Agrawal et al., Advanced Materials, 27, 3243-3249, 2015), about 100-fold thicker than a potential atom-thick film.

Since the isolation of single-layer graphene by Andre Geim and Konstantin Novoselov, who received the Nobel prize in physics in 2010, the idea of making a single-layer graphene membrane has fascinated the membrane community. Several molecular simulations show that graphene film hosting a high-porosity can yield gigantic yet selective gas flux. The proof-of-principle experiments on microscopic graphene films in the research group of Scott Bunch (Boston University) have already shown that the single-layer graphene can yield selective gas flux. Motivated by this, during my postdoctoral stint in the laboratory of Prof. Michael Strano, I spent some time to investigate gas transport from a single-crystal graphene domain. This experience convinced me that in order to successfully study the gas transport across graphene, I would need to fabricate the graphene membrane with larger length-scales (millimeter) compared to the microscopic length-scale (5 µm) that I could make at that time while avoiding cracks and tears.

The key challenge in the fabrication of suspended graphene membranes with a millimeter-length-scale was to eliminate cracks or defects in the graphene film. There were simply no examples in the literature to achieve this length-scale on a porous support while avoiding a single-crack. I started an independent research laboratory (the laboratory of advanced separations, LAS) at EPFL in July 2016. My Ph.D. student, Shiqi Huang, who was trying to fabricate 1 mm2-area graphene by a conventional technique, had achieved a high success rate of 98%, which means that out of 100 pores, only 2 pores were not covered by graphene. However, the lack of 100% coverage made our life difficult in studying molecular transport from graphene because the broken regions dominated the gas transport.  Luckily, my other Ph.D. student, Mostapha Dakhchoune, who was working on a different project, had developed a nanoporous carbon-based membrane that was only 100-nm-thick, was mechanically strong, thermally stable, and yielded very high-gas-flux. Again, luckily for us, the students in the lab were talking about their projects, and Shiqi decided to try out the carbon film as a mechanical reinforcement of graphene to eliminate cracks. And it worked! The very first membrane that she made, did not have a single crack! I asked her to plug this membrane in gas flow setup and check if there was any detectable gas flow across the graphene film. She came back with a positive result and an even better news. Not only, there was a detectable gas flow, but also, the gas flow was selective to hydrogen compared to methane. That is, the graphene film distinguished between hydrogen and methane because of the difference in their molecular size (Figure 1). This was not too surprising because Prof. Qing Hua Wang at the Arizona State University, with whom we had collaborated during my postdoctoral stint for imaging the lattice-structure of the as-synthesized graphene, had found that there is a minuscule-density of intrinsic defects in the as-synthesized graphene (Agrawal et al., The Journal of Physical Chemistry C, 121, 14312–14321, 2017). These defects were made up of missing 10-16 carbon atoms, making pores large enough for the transport of hydrogen, but not large enough for the transport of methane. At EPFL, we could also find these rare defects using an aberration-corrected transmission electron microscope.

Interestingly, even with an extremely low defect-density, corresponding to a porosity of 0.025%, the hydrogen permeance (pressure-normalized flux) was comparable to that from the commercial polymeric membranes. Since the graphene membranes can be synthesized now with a practical dimension and without cracks and tears, the efforts to increase the porosity in graphene and studying gas transport are expected to intensify. Taking a cue from the molecular simulations on gas-transport across graphene with a moderate- to high-porosity, the gas permeance from graphene membranes hosting a moderate porosity should be at least 10-fold higher than that of the state-of-the-art nanoporous membranes. This can solve the long-standing scale-up issue for the nanoporous membranes since a high-permeance directly translates into a smaller area and an overall smaller capital cost. 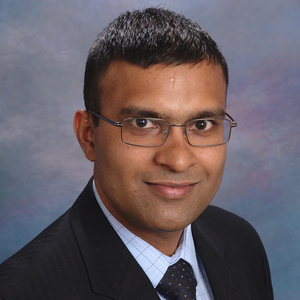