Our paper is published in Nature and can be found here: https://go.nature.com/2AVnPVx

For over three decades, intense research has been devoted to the development and characterization of topological insulators (TIs). Despite having an insulating bulk, these topologically nontrivial materials contain conducting boundary states, where 3D TIs support 2D surface states, and 2D quantum spin hall insulators support 1D edge states at interfaces with vacuum or other (topologically trivial) insulators. In principle, these concepts can be extended to 1D materials (such as organic polymers, nanowires, etc.), which would in turn possess 0D “conducting” (i.e. half-occupied) end or interface states. While these concepts have successfully been used to describe 1D topological systems possessing polyacetylene-like solitonic states (i.e. mobile domain boundaries between degenerate ground states with different topology), no viable strategy has been presented previously for using 1D topology to precisely engineer electronic structure in 1D carbon. In our work, we arrange atomically-precise semiconducting GNR segments into heterojunction superlattices containing alternating topologically trivial and nontrivial segments. This leads to an unpaired π-electron that resides within a localized topological state at each junction interface. We find that the frontier electronic structure is significantly changed compared to the parent GNRs, and is dominated by the hybridization of these topological interface states.

Throughout my PhD, I have been exploring new routes to engineer atomically-precise bottom-up GNR electronic structure. This includes the design and characterization of GNR heterojunctions where GNR electronic structure changes abruptly across an atomically precise interface. In this pursuit, our group has been in close collaboration with Steven G. Louie’s group to provide theoretical predictions and Felix R. Fischer’s group to design organic single-molecule precursors. As part of this collaboration, Ting Cao (a graduate student in Steven Louie’s group) suggested a number of different structures that could potentially yield topological GNRs. In a particularly productive joint group meeting between the Crommie and Fischer groups, we had a wide-ranging discussion on how best to experimentally achieve topologically nontrivial GNR structures. We eventually realized that one of the molecular designs that Greg Veber (a graduate student in Fischer group) had already been working on for a different project might fit the bill. Greg then synthesized this molecule and handed it off to me for testing.

I was able to evaporate Greg’s molecule onto a clean gold substrate in an ultrahigh vacuum chamber and heat it to induce self-assembly. We were thrilled to discover that the molecule was able to grow into a 1D topological superlattice, which we investigated using scanning tunneling microscopy and spectroscopy (STM/STS). We were immediately intrigued by the anomalously small experimental band gap (0.7 eV) exhibited by the superlattice, which was substantially smaller than either of the parent trivial/non-trivial GNR superlattice components (2.4 eV and 1.4 eV, respectively). We were able to explain this behavior by modelling the frontier band structure using a simple two-band tight-binding model (calculated by Ting Cao of Louie group), where the frontier electronic structure is defined purely in terms of inter- and intracell hopping terms t1 and t2 (i.e. the overlap in adjacent interface states across the trivial and non-trivial components, respectively). In principle these hopping terms can be precisely tuned through topology-conserving modification of individual superlattice components (i.e. by modifying length, width, etc.). This provides a completely new route to engineering GNR electronic structure based on tuning the overlap between precisely defined interface states in a topological GNR superlattice. Our work provides a scheme for accessing semiconducting GNRs with arbitrary bandgaps and bandwidths (including metallic band structures), and is a viable approach to accessing magnetism in an all-carbon structure.

As luck would have it, a parallel effort by Oliver Gröning et al. at Empa also led to the experimental realization of topological GNR superlattices. This was revealed in a joint meeting in November of 2017, where both of our groups discovered that the other had independently realized similar new fundamental 1D topological physics. Since both groups had completed their respective investigations at that point we decided to submit our manuscripts for back-to-back publication in Nature. Their paper can be found here: https://www.nature.com/articles/s41586-018-0375-9 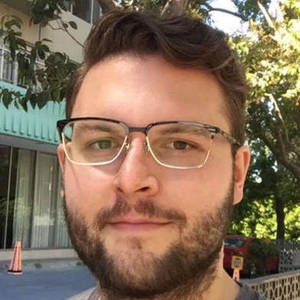