In our Nature article, we demonstrate that antiferromagnetic rust can efficiently carry spin-information through propagating magnons, and could thus be an excellent candidate for transistor devices producing low heat.

Conventional devices using current CMOS based technologies have the unwelcome side effects of getting too hot and have limits on their speed, operating at GHz frequencies. This is slowing down the progress of information technology. In the last years, the emerging field of “magnon spintronics” aimed at using insulating magnets capable of carrying magnetic waves, known as magnons, to solve these problems. Magnon waves are able to carry information at increased speeds without the disadvantage the production of excess heat.

In our study, we achieve a long distance transfer of information in a magnetic group of materials known as antiferromagnets. Antiferromagnets, the largest group of magnetic materials, have several crucial advantages over other commonly used, iron or nickel based, magnetic components. These materials make it possible to achieve computing speeds much faster than existing devices. They also have no net magnetic moment, and strong internal fields which respectively allow packing them densely and making them robust against external fluctuations, which is a key requirement for future data storage. Additionally, antiferromagnet based devices can potentially be operated thousands of times faster than current technologies (at THz frequencies, with potentially 1012 operations per second).

We used in our work the most ubiquitous antiferromagnet, iron oxide (α-Fe2O3, also called hematite), and demonstrated that this material can carry efficiently spin information over more than tens of micrometers, as needed for computing devices. Hematite also has the advantage of being a cheap and insulating material, which is the main component of rust. By reducing the amount of heat produced, insulating components can continue to become smaller but at the same time have an increased information density. We fabricated nano-devices with platinum wires on top of the insulating iron oxide allowing an electric current to pass close by. In this heavy metal, a large spin-orbit coupling converts the charge current into a spin-current through a phenomenon called the Spin-Hall effect, which leads to a transfer of energy from the platinum into the iron oxide, creating and selecting magnons. In this antiferromagnet with easy-axis symmetry, the magnon modes are circularly polarized as in ferromagnets and can thus carry angular momentum, i.e spin information. This flow of propagating magnons can then be detected at various distances from the injector with a second platinum wire, in which magnon absorption occurs and is detected with a voltmeter through the inverse Spin-Hall effect, the conversion of a spin current into a charge current.

By applying large magnetic fields of a few Teslas, we could control the direction of the antiferromagnetic order and determine the underlying mechanisms that drive this propagation of magnons. It thus requires having crystalline antiferromagnetic material and an antiferromagnetic order perpendicular to the charge current carried by the platinum wires. Based on this understanding, we could design devices operating at zero applied magnetic field as required for real devices. Magnons modes with frequency of tens of GHz, or as large as 0.5 THz, can both transport spin-information over micrometers distances, highlighting that the magnon frequency is not detrimental to the propagation length in these materials, whilst its impact on the group velocity remains to be investigate.

If all their potential is realized, antiferromagnetic rust could thus be an excellent candidate for transistor devices producing low heat. Its represents a promising, more robust and faster, alternative to the gold-standard ferromagnetic insulating material YIG (Ytrium Iron Garnet) in the development of spin-logic devices. 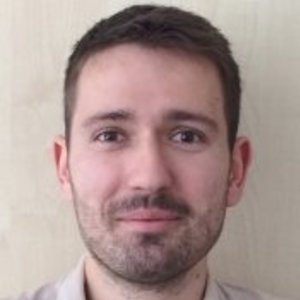