Dynamically encircling an exceptional point on an integrated silicon-photonics platform

In our Nature article, we show an experimental feasibility of time-asymmetric topological operations around an open-system singularity, referred to as exceptional point, in a remarkably simple Si-waveguide architecture. This may provide a robust method for a broadband optical nonreciprocity that has been a formidable problem in the previous approaches grounded on the canonical closed-system dynamics.

Recently, notion of the parity-time (PT) symmetry in mathematical quantum physics and simulating classical cases have triggered unprecedented interest in wave properties for open systems where their internal properties are delicately engaged with environmental interactions. This is because such systems cause various unusual effects which are beyond the conventional insights in many ways. One case among other interesting effects is asymmetric time-evolution of a state when the system gently steers it's parametric conditions along a closed loop enclosing a singular point referred to as exceptional point (EP). EP is identified as a threshold of the spontaneous PT-symmetry breaking transition and creates a unique self-intersecting Riemann-surface geometry in the complex-valued eigenvalue spectrum. A projection of a closed loop around an EP onto this self-intersecting surface yields two spiral curves connecting two independent states, say A and B. A time asymmetry here arises in a way that an adiabatic transition between A and B is allowed through one spiral passage but never for the other even though the two passages should work in the same way if they are treated within the conventional theory of adiabaticity. Very interestingly, the forbidden transition necessarily involves an abrupt anti-adiabatic state jump. Although it has not been emphasized in the literature yet, this state jump is indeed anti-adiabatic, not merely non-adiabatic, in a sense that slower parametric change well within the adiabatic condition makes the non-adiabatic state jump more unavoidable, as exactly opposed to what the standard theory of adiabaticity predicts.

Here, we would describe one important point that is regrettably missing in the article main text. A big challenge among many others was to make mm-long waveguide arms that retain smooth cross-sectional profiles with an awkwardly high precision in the order of 10 nm, as shown in the figure below.

This figure shows a fabricated device chip containing eight devices, layout of a device, optical micrographs of selected key components, and a mosaic of scanning electron micrographs over the main functional region. Generating this structure, thermal expansion due to a temperature drift within 1 degree Celsius or just a few % error in the resist exposure dose might be seriously problematic. Our co-authors, Ki-Yeon Yang and Jeong Yub Lee, from Samsung Electronics have resolved this formidable challenge with their great capabilities in failure analysis and subsequent process optimization cycles covering amorphous silicon deposition, heat treatment, electron-beam lithography, and other necessary steps. We would note that the established process conditions should have a significant impact specifically on fabrication of nanostructures with high in-plane aspect ratios and we wish to apply it for other interesting device concepts in the future.

In our immediate follow-up study associated with this result, we are presently working on broadband nonreciprocity enabled by silicon's native nonlinearities such as two-photon absorption, free-carrier effects, and so on. Although our previous theoretical analysis in [Choi et al., Nature Communications 8, 14154 (2017)] shows nonlinearity-assisted optical nonreciprocity persisting over an extremely broad spectral band in the order of 100 THz, this prediction has never been realized yet. A similar encircling-an-EP silicon-waveguide architecture is under consideration with both the input and output ports being joined with identical Y-branches, and the transmitted absolute powers under forward and backward excitations will be monitored over the optical telecommunications bands. We hope that we will be able to report promising results soon. 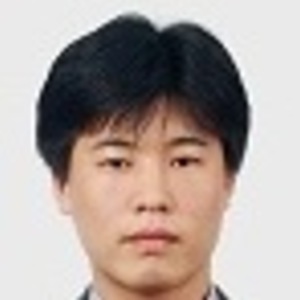