Digital keys are widely used to protect secrets and provide privacy. However, once the keys are stored in a local chip/device, chip designers/companies lose the remote control over the key erasure in a trustworthy way. Take pay TV as an example, encrypted channels are broadcasted, and only users holding the correct keys are able to decrypt and watch them. Due to the lack of interactivity in the use of keys, a dishonest user could cancel the service, and then physically block the deactivation signal from the cable company which is supposed to wipe out the keys. In this scenario, the cable company is unable to determine whether the user has removed her/his keys, and the user can continue to use the keys to decrypt and watch the programs without paying.

Memristors (or RRAM in memory community) use conductance states to represent information, and possess unique reconfigurability and intrinsic variability, providing an opportunity to mitigate such security concern. Just like human being, memristor crossbar arrays have reliable fingerprints unique to each other. The fingerprint is obtained, for example, by comparing the conductance differences between neighboring cells when all cells are in their high conductance states. The extracted fingerprints will be stored by chip designers/companies in their secure databases. Digital keys are then written into the same crossbar array as a security feature of a chip. At the time when an order is received to destroy the keys, all memristor cells will be programmed into their high conductance states to extract a second fingerprint. Only if the second fingerprint is similar enough with the known one stored in the secure database can we conclude that the keys have been properly erased from the designated chip.

Thanks to the excellent reconfigurability, we are able to use the same memristor crossbar array for other functions such as memory and computing, integrating a few important functionalities into the same circuits. This will lead to further reduction of footage of a chip and also the power consumption.

There are other important applications for this technique. In the published Nature Electronics paper, we also showcased a protocol that uses the provable key destruction scheme to implement re-lockable logic locking/unlocking. Logic locking is an important solution for semiconductor companies to mitigate security threats when outsourcing chip manufacturing to worldwide foundries. A chip functions correctly only if a correct input (key), known to chip designers, is applied to unlock key gates on the chip. However, the key is usually permanently stored in each chip/device, which means that once loaded it can be used forever to unlock the logic circuits. With the ability of provable key destruction, our protocol can confirm that the key is erased and provides chip designers the controllability.

Our work will trigger further interest in exploiting randomness in emerging devices for security applications. 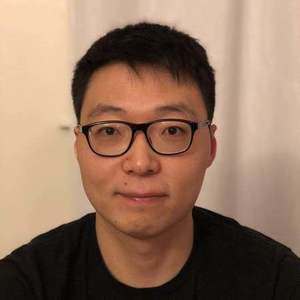