The isolation and measurement of graphene has led to an explosion of academic research into this atomically-thin material with many amazing properties and, importantly, opened up a new area of material science focussed on graphene and related two-dimensional (2D) materials with similarly exciting properties. At the same time these properties may be very different, providing us with 2D conductors, insulators, semiconductors and superconductors, as examples. This ‘atomic-scale toolbox’, which allows scientists to design structures on the atomic-scale, has not gone unnoticed by industry. The many different application areas where these 2D materials could be disruptive leads to a long list, but even when only considering some multi-billion industries such as sensors, composites and energy storage, there is extraordinary interest from many companies ranging from small start-ups to well-established multinationals.

Both the academic and industrial graphene communities want to see the commercialisation of these 2D materials, providing the general public with improvements for a range of technologies that will improve quality of life. To this end, there has been a step change in last couple of years, with graphene producers showing large-scale production is possible and at the same time products, that have been developed using industrial processes, have been demonstrated in several application areas.

A Crucial Barrier to Commercialisation

However, one of the crucial issues the community has repeatedly observed over the last several years from different parts of the graphene supply chain, is that application developers do not know what kind of material they are actually using in their development process. Graphene can be produced in many different ways, leading to fundamentally different material properties when you compare different ‘graphene’ samples. Similarly, with producers now able to provide either powders on the tonne-per-year scale or substrates covered with graphene layers on the thousands of metre square per year level, both batch-to-batch reproducibility and the variability in product become an issue. There is also a fundamental question of whether the materials being produced are really ‘graphene’ at all, or actually just a black powder of graphite, or another type of carbon powder. Without fully describing the material properties in a quantitative way with defined measurement uncertainties and agreed terminology, there will always be trust issues within the supply chain. This is a major commercialisation barrier when it comes to developing real-world applications. All of these issues are further exacerbated by the fact there are now hundreds of companies selling ‘graphene’ worldwide.

International standardisation therefore has such a large role to play. Not only are standards typically used when developing regulation, documentary standards allows different parts of the supply chain to use a common language and enables comparability between products. Measurement standards mean that large-scale purchasers of graphene material, who know the material properties they need, can easily compare and choose between different grades of material from many different suppliers around the globe. This is because the properties reported in each of the technical data sheets will have been measured in the same way.

The most recent publication in October 2017, led by the National Physical Laboratory (NPL) the UK’s National Metrology Institute (NMI), is the ISO terminology standard ‘ISO/TS 80004-13:2017’ for ‘Graphene and related two-dimensional (2D) Materials’. This provides standardised nomenclature for these materials that all parts of the commercial supply-chain can use, which is a significant first step towards international standardisation in this area. There are 99 terms defined in this standard, covering the types of materials, material production, material characterisation and material properties. These terms are freely available via the ISO Online Browsing Platform (OBP) and some of the terms are included below as examples:

-material, consisting of one or several layers with the atoms in each layer strongly bonded to neighbouring atoms in the same layer, which has one dimension, its thickness, in the nanoscale or smaller and the other two dimensions generally at larger scales

Note 3 to entry: Each layer may contain more than one element.

Note 4 to entry: A two-dimensional material can be a nanoplate.

Note 1 to entry: It is an important building block of many carbon nano-objects.

Note 3 to entry: Graphene has edges and can have defects and grain boundaries where the bonding is disrupted.

Note 1 to entry: Graphene oxide is a single-layer material with a high oxygen content, typically characterized by C/O atomic ratios of approximately 2.0 depending on the method of synthesis.

One of the important functions of this documentary standard is defining the term ‘few-layer graphene’ (FLG) commonly used by companies, but with no real understanding of where FLG stops and graphite (or nano-graphite) starts. This international standard also defines terms such as ‘epitaxial graphene’ and the term ‘2D materials’ itself, each with important ‘notes’ for each definition that provide further clarification. This document also addresses the issue of standardised abbreviations, as shown for the terms above, using a numbering approach for the number of layers of a 2D material.

The publication of this terminology standard is just the first step, as measurement standards are ultimately needed, such as the published IEC standard on non-contact electrical characterisation of graphene ‘IEC TS 62607-6-4:2016’ led by the NMI of the USA, the National Institute of Standards and Technology (NIST). There are more international graphene measurement standards being developed within ISO/TC 229 ‘Nanotechnologies’ and IEC/TC 113 ‘Nanotechnology for electrotechnical products and systems’, but developing the metrology required and then reaching consensus on an international standard takes time.

As a much-needed, interim source for the measurement of graphene for both academics and companies alike, an NPL Good Practice Guide (GPG) entitled ‘The Characterisation of the Structure of Graphene’ has been published in November 2017 in collaboration with the University of Manchester. This is the basis of international graphene measurement standards currently being developed within ISO/TC 229 and led by NPL, which are focussed on the measurement of the physical properties of graphene. The publication of this NPL GPG means that graphene companies can begin to develop common technical data sheets, years before the international standards are published, rather than either waiting for publication or individually and unilaterally developing measurement methods. This GPG, and the corresponding standards, include the decision-making steps, sample preparation, measurement techniques, detailed measurement protocols and the data interpretation required, all crucial and interlinked parts of the graphene measurement process.

Although there have recently been some crucial initial steps in the area of international graphene standardisation, there are still many standards under-development that are required for this nascent industry to flourish. A crucial requirement for robust measurement standards is to understand the measurement uncertainty for any measurement through international interlaboratory comparisons (ILCs). Although one user in one laboratory in one country may well be able to consistently measure a material property with a low level of uncertainty, the variation in the property measured when using the same technique, protocols and sample, but in different laboratories, must be understood to allow comparability between graphene samples measured around the world.

This process is now underway within the Versailles Project on Advanced Materials and Standards (VAMAS) where a new technical working area (TWA) has been set-up specifically for graphene and related 2D materials. Several projects are now active, for the measurement of either physical or chemical properties using different measurement techniques, to feed directly into the measurement standards being developed within ISO. This TWA also encourages other projects focussed on the measurement of other properties, such as electrical and thermal. Institutes around the world interested in the measurement of graphene are encouraged to participate in these ILCs, similarly, greater participation in international standardisation, through national standards bodies, will lead to the best possible documentary standards being published.

Ultimately, the effort of the international graphene community in the area of standardisation will enable the material properties of graphene and related 2D materials to be measured accurately and reliably. This in turn will enable graphene producers to provide comparable technical data sheets with known uncertainties, which other parts of the supply chain can use to hasten the development and adoption of real-world graphene products. 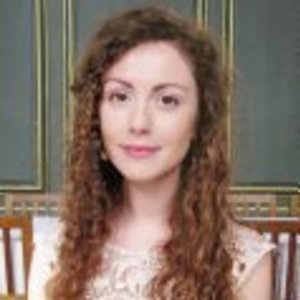 I oversee manuscripts covering underlying physics and applications of two-dimensional materials, van der Waals heterostructures and resulting devices at Nature Communications. I also lead a subject-based team of editors with a focus on fundamental and condensed matter physics.
Follow

Performance limits of hexagonal boron nitride as an insulator for scaled CMOS devices
Contributor Nature Electronics
Behind the paper, Flatchat

Kanudha Sharda
Nature Portfolio Device and Materials Engineering Community
We use cookies to help improve your experience. By continuing to browse our website you are consenting to our use of cookies.
Learn more