“The whole is greater than the sum of its parts”. However, this general insight of Aristotle has not been true for the optical properties of colloidal nanocrystals up to now. These materials, also known as quantum dots, provide, for example, amazingly brilliant colors for the most recent generation of flat-panel displays. However, in these and other applications, the ensemble behavior is not different from single nanocrystals. In our most recent experiments, we observe for the first time an optical phenomenon called superfluorescence in assemblies of perovskite nanocrystals.  Before, such cooperative effects had been a peculiarity limited to some gases and very few exotic materials. In essence, excited individual emitters spontaneously synchronize their phase, giving rise to a very bright burst of correlated photons. This collective quantum phenomenon may eventually be employed to boost optoelectronic device performances or enable novel entangled multi-photon quantum light sources.

Our journey into the exploration of the optical properties of perovskite nanocrystals (NCs) started back in autumn of 2014. Prof. Kovalenko’s group at ETH Zurich had just achieved a major milestone: the synthesis of fully inorganic NCs of perovskite cesium lead halides (CsPbX3, X = Cl, Br, I) with precise size- and compositional control. The newly developed synthetic protocols enabled the synthesis of very bright, tunable, narrowband luminescent NCs with photoluminescence (PL) quantum yields approaching 100% (Nano Letters, 2015, 15, pp. 3692–3696, https://pubs.acs.org/doi/10.1021/nl5048779). It became also clear from the very first measurements that perovskite NCs possess unique optical properties: At cryogenic temperatures, they show blinking-free emission and their radiative lifetime is only a few hundreds of picoseconds long - among the fastest ever reported for single photon emitters (ACS Nano, 2016, 10, pp. 2485–2490, https://pubs.acs.org/doi/10.1021/acsnano.5b07328). However, it took several years before these exceptional properties could be rationalized by an international collaboration between a group at the U.S. Naval Research Lab led by Dr. Alexander Efros, IBM Research - Zurich and ETH Zurich that culminated in a key publication in the beginning of 2018 (Nature, 2018, 553, pp. 189–193, https://www.nature.com/articles/nature25147). Therein, it was shown that perovskite NCs exhibit bright triplet exciton states together with a giant oscillator transition strength, resulting in an ultrafast radiative decay.

Another inflection point came when Prof. Kovalenko’s group was able to assemble perovskite NCs into long-range ordered cuboidal superlattices or supercubes through drying-mediated self-assembly (Science, 2017, 358, pp. 745–750, http://science.sciencemag.org/content/358/6364/745). These perovskite NCs have near-cubic crystal structures – and hence at the nanoscale they are cubic-shaped; when assembled in superlattices, they form three-dimensional cuboids of several micrometers. This amazing shape retention from the atomic scale to a mesoscopic scale triggered our curiosity and motivated us to further investigate their optical properties. This brought about the serendipitous discovery of superfluorescence.

Already the very first sample of superlattices measured exhibited two well-defined emission bands at cryogenic temperatures. The more red-shifted band (later identified as the emission of NCs that were coupled with each other, leading to superfluorescence) had quite different properties when compared to the bluer band close to the original NC emission energy (later identified as the emission band of uncoupled quantum dots). The superfluorescent band showed a substructure that could be mistaken for lasing modes, but on top of the fact that superlattices are not perfect and big enough to serve as high-Q laser resonators, a more dedicate set of experiments proved that lasing was incompatible with some of our observations: (i) absence of a clear threshold, (ii) emission starts with a delay time and shows picosecond oscillations at higher excitation power, and (iii) photon bunching in second-order correlation measurements. Searching the literature for better explanations, we found that similar observations had been made about half a century ago in dense HF gas (Phys. Rev. Lett., 1973, 30, pp. 309–312, https://journals.aps.org/prl/abstract/10.1103/PhysRevLett.30.309). After ticking off the similar experimental features and checking the associated theoretical work, we had our “Eureka” moment: It really looks like superfluorescence! Yet, it took us many more months with vastly more samples, measurements and cross-checks to really convince ourselves that this was the best interpretation for our observations, and other explanations like amplified spontaneous emission, lasing, multi-excitons etc. could be ruled out.

As superfluorescence now can be achieved in a technologically relevant material system with low cost synthesis and easy processing, it could leave the cabinet of “interesting-but-not-really-usable” physical phenomena. Such a novel quantum source of correlated (likely entangled) photons might become important for future developments in quantum sensing, quantum-encrypted communication and future quantum computing. 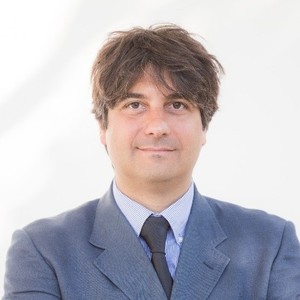