Have you ever wondered how pine cones know when to open and disperse seeds? Have you ever been fascinated by the way a Venus flytrap rapidly closes? Nature provides numerous examples of systems that autonomously undergo morphological and functional changes in response to environmental stimuli or sequences of stimuli. In contrast with traditional mechatronic systems, which make use of an electronically-integrated network of sensors, microprocessors, and actuators to respond to their environment, natural systems embody these functions in their compositional and structural features. Despite this very different approach, natural systems are still capable of a wide variety of complex functions. For example, after receiving suitable mechanical stimulus the Venus flytrap actually only partially closes, waiting for additional stimuli; based on the size and continued movement of any object that remains trapped, the plant then “decides” to open (to release prey) or to fully close (to begin digestion).

Inspired by nature, we asked ourselves what sort of logic could be directly embodied in comparable materials. Would it be possible to make a material that, without batteries, microprocessors, or other electronics, could suddenly open or close a valve, or actuate a robotic arm, when a particular set of environmental conditions were met? As arbitrary examples, could we make materials that: (1) open a door only if the humidity is above a threshold and the lights are on; (2) close a sampling box when the temperature is above 35 degrees C or when solvents have been detected in the environment for precisely between 40-45 seconds?

We developed an approach to “embody” such logic and autonomous responsiveness in synthetic, 3D printable materials. These systems of “embodied logic” combine stimuli-responsive materials (e.g., soft materials with anisotropic microarchitectures) with nonlinear mechanical responses derived from the system’s geometry. This combination can produce precise, sequential actuation in response to multiple stimuli. We fabricated these structures using direct ink writing (DIW), an extrusion-based 3D printing method. In this work we limited ourselves to the use of silicone-based elastomer-glass fiber composites (which swell in the presence of non-polar solvents) and hydrogel-cellulose fibril materials (which swell in the presence of water). Both of the materials are highly anisotropic due to shear-induced alignment of the fibers during printing. As a result of this microstructural anisotropy, the materials swell anisotropically when exposed to their corresponding stimuli. The problem with relying on swelling for shape change, however, is that swelling is based on diffusion, which becomes very slow at even modest length scales; moreover, the material changes shape gradually, rather than switching between two discrete states, as is necessary for logic. To overcome these limitations, we choose the system geometry such that key geometric parameters lie near nonlinear bifurcation points associated with a transition between bistable and monostable mechanical behaviors. As a result, a small amount of anisotropic swelling (resulting from the stimulus) can produce rapid and large-amplitude actuation events as the system geometry passes through bifurcation. We used this phenomenon to build logic modules that behave like the familiar AND, OR and NAND logic gates. Furthermore, the choice of initial geometry also allows the actuation to be programmed to occur at specific times. For example, we demonstrated sequential logic by designing a box that after exposure to a suitable solvent can autonomously open (e.g., to collect a sample of the “contamination” in the environment) and then close after a predefined time. We also designed an artificial “flytrap” that can close only if a mechanical load is applied within a designated time interval, and a box that only opens if both non-polar solvents and water are present (e.g., at an oil-water interface).

Our approach enables the design of autonomous structures with controlled actuation times and with “embodied logic” that operates in response to multiple stimuli without electronics or tethering. These capabilities could open exciting design possibilities in soft robotics, deployable structures, and medical devices. 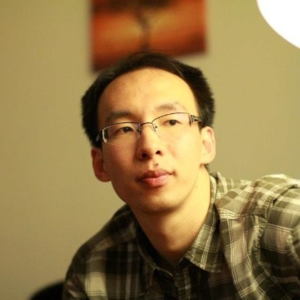