This story can be traced back to early 2015, when I just started my first-year postdoctoral project in Prof. Harald Fuchs’ group. He suggested me do some research on optoelectronic integrated devices. The first thing that came to my mind was phototransistors, which are a certain kind of transistor that could capture light and convert it to electrical signal and can be used in a host of different applications such as imaging, optical communication, and biomedical sensing. Since my major is organic electronics, I did some literature search on organic phototransistors (OPTs) and found that the development of OPTs had lagged very much behind that made of inorganic materials, quantum dots and organic-inorganic hybrid materials, mainly because the low mobility of most organic photoresponsive materials limits the efficiency of transporting and collecting charge carriers. It would be very helpful to synthesize or find organic photoresponsive materials with high mobility.

At the same year, Prof. Wenping Hu’s group reported a simple and unique structured small molecule 2, 6-diphenylanthracene (DPA).1 More significantly, they found DPA was a high mobility emissive organic semiconductor.2 I noticed that DPA molecule had the fluorescent anthracene as semiconducting core and exhibited strong absorption in the UV-vis range with a long exciton lifetime. So I discussed with Prof. Tao Li and we speculated that this small molecule might have the potential application in optoelectronic devices such as OPTs. First, we adopted thin-film devices instead of single crystals due to the high challenge for precise manipulation of single crystals. A high charge carrier mobility up to 12 cm2 V-1 s-1 under illumination was achieved, which is a prerequisite for high performance OPTs.3 More than expected, we were happy to see excellent optical figures of merit in terms of photosensitivity (P), photoresponsivity (R) and detectivity (D*) were achieved, wherein, unprecedentedly, D* greater than 1017 cm Hz1/2 W-1 was obtained. Then we asked my colleague Dr. Saeed Amirjalayer in Germany to perform time-dependent density functional theory (TDDFT) calculations to further understand the photophysical properties in this DPA system. The simulation results provided a fingerprint of the photo-induced redistribution of electrons and revealed an increase of electron density between the DPA molecules after electronic excitation, which further indicated its potential in optoelectronic applications. In addition, more interestingly, we also tested the devices at low temperatures from 300 to 100 K and “band-like” charge transport was, as far as we know, for the first time observed in the vacuum-deposited thin-film field-effect transistors, indicating a high degree of order present in vacuum-deposited DPA thin films. Also, due to its relatively high energy band gap of ~3.0 eV and the existed Schottky barrier φ between Au and DPA, the phototransistors can be operated at very low dark currents (~10-12 A). To the best of our knowledge, these essential parameters are all superior to state-of-the-art OPTs and among the best results of all previously reported phototransistors to date. Furthermore, these DPA-based OPTs also show high stability in the air. We believe the small-molecule DPA offers great opportunity towards high-performance OPTs for both fundamental research and practical applications. 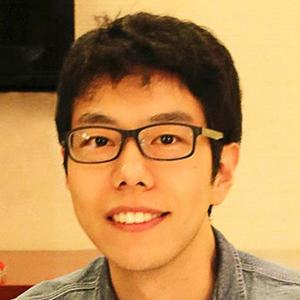