A textbook example exposing the strangeness of the quantum world is the spin of an electron – its intrinsic angular momentum. Just like the classical angular momentum, electron’s spin has a magnitude and a direction but its component measured along any direction can only take two quantized values labelled “up” or “down” (up to a fundamental constant) with up (down) naively visualized as the electron spinning clockwise (counter-clockwise). Moreover, while a classical system can only be in either one of these two states, quantum mechanics allows the spin to be in coherent superposition of both states simultaneously, a fact which is exploited crucially in quantum information science. The spin of the electron also makes it a magnet (tiniest possible) which can be used to locally probe magnetic phenomena.

Individual, localized spins in solid-state are thus a great resource for quantum information science and quantum sensing. A key challenge is to have complete control over them and to couple them in scalable fashion. Now our team of researchers from Emory University and NTU, Singapore report in Nature Nanotechnology (https://www.nature.com/articles/s41565-019-0394-1), the initialization of a single spin in two-dimensional (2D) materials for the first time.

In addition to the usual clockwise/counter-clockwise spinning, in atomically thin materials such as WSe2, low energy electrons carry another chirality called “valley” degree of freedom labelled as K and -K. Moreover, this valley is locked to electron’s spin giving rise to a more robust spin-valley degree of freedom. The fact that light also carries helicity when circularly polarized, should in principle allow spin-valley to be selectively excited depending on the excitation helicity i.e., K (-K) valley only couples to right-hand (left-hand) circularly polarized light. This feature of 2D transition metal dichalcogenides (TMDs) such as WSe2 has generated a lot of interest for “opto-valleytronics” applications. Another attractive property of 2D TMDs is that they can be stretched and strained to create potential wells which can trap and localize charge carriers. Thus, 2D TMDs appear to be an ideal platform for creating individual localized spins which can be optically controlled.

However, upon absorption of light, a negatively charged electron is excited leaving behind a positively charged “hole” ensuring charge neutrality. These oppositely charged particles attract each other to form a hydrogen atom-like bound state called exciton. Due to the details of spin-dependent interaction between the electron and hole, the valley index gets mixed for finite center-of-mass momentum of the exciton, adversely affecting the helicity control. One way to circumvent this problem is to consider positively charged exciton which comprises of two holes and an electron and is formed if the sample has excess holes present, say due to electrical injection. In such charged excitons of WSe2, the valley-mixing interaction vanishes due to the fact that the two holes have opposite spins and valley (see figure below) and hence have no net spin for the electron to interact with. Consequently, the spin-valley index on the excess hole is perfectly anti-correlated with the valley index of the corresponding exciton (see figure below). Optical initialization and read-out of a single spin is thus expected by observing the helicity of the emitted light.

By studying trapped excitons (formed possibly due to intrinsic strain) in WSe2 with excess holes, we have indeed confirmed the above claim. We found spectroscopic evidence for disappearance of valley-mixing electron-hole interaction in localized, charged excitons. Upon shining circularly polarized light (σ+/σ-), we could observe co-polarized emission from the positively charged trapped exciton, confirming that the spin of the excess hole remained initialized at least up to the exciton recombination lifetime of a few nanoseconds.

Our results represent a first step in making 2D materials a strong contender for quantum information science and sensing applications. For example, a strain-defined, deterministic array of optically-controlled single spins in 2D will realize a solid-state platform for quantum simulations. 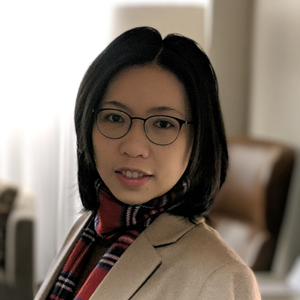