It all started when as a part of my routine browsing of interesting research articles, I came across a review paper that highlighted how inherent randomness found in nanomaterials can be exploited for obtaining cryptographic primitives to secure information.  It is certainly not very difficult to appreciate the importance of information security in the modern digital era of increasing global internet connectivity especially in the backdrop of uprising cyber-crimes.  As we started digging deeper into the subject, we learned that information security requires a mechanism that provides a significant level of asymmetry in the effort required to make authentic and fake uses of encoded information. With an increasing number of emerging applications like mobile payment, credit card transaction, and biometric access control being communicated electronically, designing a secure and protected system is indispensable. User authentication is perhaps, single handedly the most important aspect of modern-day cryptographic communication.

Information security is achieved in two ways: either with software, or a hardware-based approach. Software based security relies on what is known as mathematical one-way functions. These functions can be easily evaluated in forward direction but are infeasible to compute in the reverse direction. For example, a product between any two large prime numbers is easy to compute, but given the product, it is exponentially cumbersome to decipher the original prime numbers, a method coined as brute force trials (BFTs). For the present-day cryptographic systems that utilize classical computing scheme, these one-way functions are robust and secure. However, the emerging quantum computing era will expose the vulnerability of one-way functions through significant reduction in the decryption time or the number of BFTs, and thereby poses an imminent threat to current cryptographic systems. As such, there is a need to look at physical sources that can demonstrate maximum unclonability and near ideal entropy. In this context, physically unclonable functions (PUFs), that exploit manufacturing process variations resulting in stochastic fluctuation in the hardware components, are promising and innovative security primitives which can be used for both key storage and authentication. A PUF is a hardware fingerprint and is based on the idea that even though all integrated circuits (ICs) have identical masks and manufacturing processes, they will always differ slightly due to unavoidable manufacturing variability. However, Si-based PUFs have been known to suffer from major drawbacks like side-channel attacks, high power consumption, and low entropy. Moreover, they are highly susceptible to aging, environmental variations, and area inefficiency due to the requirement of additional tamper detection circuits.

This inspired us to think outside the box. Soon our attention was drawn towards the biological world. Specifically, we were intrigued to learn that micro-organisms, cells, bacteria etc. prefer random organization within a given population that is almost impossible to mimic by another population. While the qualitative understanding of randomness in the biophysical world seems to be a preexisting concept, to the best of our knowledge, these systems were never tested and exploited for cryptographic applications. We, therefore, started evaluating the quantitative aspects of randomness associated with living organisms such as the colonized human T cell population, a class of white blood cells that are responsible for cell mediated immunity, using rigorous statistical methods. Our analysis confirmed that these colonized T cell populations can indeed be exploited as a near ideal entropy source paving the way for a new paradigm of biological PUFs or Bio-PUFs that also meets the standard requirements for PUFs including reproducibility, uniqueness, unclonability, and reconfigurability.

A detailed scientific study has been reported in the following article published in Communication Physics. 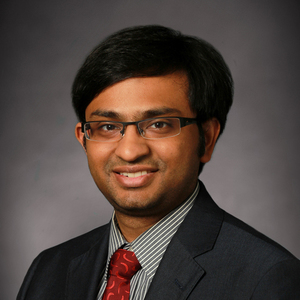