We show that pulse engineering techniques can be used to reduce the average Clifford gate error rates for silicon quantum dot spin qubits down to 0.043%, a factor of three improvement over state-of-the-art silicon devices.

The story starts in 2015 when Prof Andrew Dzurak’ s group at UNSW Sydney had just demonstrated the first two qubit logic gate in silicon [Nature (2015)]. This was the culmination of a series of experimental demonstrations over more than a decade which has led to spin qubits in silicon quantum dots becoming a strong candidate for the construction of full-scale quantum computers, due to their long spin coherence times and their compatibility with industrial CMOS manufacturing technology.

Following these great achievements in the “hardware” of silicon qubit devices, I then started thinking about what could be improved on the “software” side. Coincidently, at the same time, the 10th Principles and Applications of Control in Quantum Systems (PRACQSYS) International Workshop was held at UNSW and I decided to tag along in search of inspiration.

During the week of the workshop, it became apparent that there were many techniques that could potentially improve the fidelity of our qubits. The one that excited me the most was the use of GRadient Ascend Pulse Engineering (GRAPE), where we can engineer shaped qubit control pulses by simply feeding in the Hamiltonian of the qubit system.

I started to implement GRAPE using the parameters of our silicon spin qubits. The initial simulation was promising, indicating that better qubit gate fidelities were possible. In 2016, an undergraduate Honors student, Gordon Liang, worked along with me on this simulation project, implementing realistic noise profiles as part of a more comprehensive study. This was where we learnt how to optimize various parameters, such as setting the pulse time to around 5 times the π-pulse time and choosing different initial pulse shapes, which allowed the system to converge to different solutions.

In 2017 we had a well-performing qubit device fabricated by Dr Kok Wai Chan that was ready to be studied. At last it was time to apply what I had been working on since 2015 to a real device. It didn’t take long for me to feel the joy of having a simulation model that really worked as expected in a real experiment!

But things didn’t stop there. To ensure the qubit environment was very stable, I implemented automatic calibration controllers that could ensure the microwave output stayed constant over days. Additionally, our collaborators at the University of Sydney (led by Prof Stephen Bartlett) wanted to test theories relating to higher-order noise profiles on our high-fidelity qubit. To enable this, we implemented a randomized benchmarking protocol that measured the full quantum-state tomography at the end of each sequence run.

With this combination of pulse engineering, calibration, and tomographic readout, we have achieved the highest-to-date gate fidelity of 99.96% in a silicon quantum dot spin qubit using the most accurate analysis tools that are available. The higher-order noise results showed us that there is still room for improving our control of the qubit. There still exists some non-stochastic noise which means that higher fidelities are possible, even at our current qubit operation frequency. By pushing the operation frequency higher, we ultimately aim to access fidelities above 99.99%.

Looking towards the future, I am eagerly anticipating trying out other optimization protocols in our multi-qubit devices!

Fun fact: Searching for the best way to encode a single qubit density matrix in 2D (like the map in Fig. 2d of our paper) has led me studying quite a bit of literature in the area of human color perception. 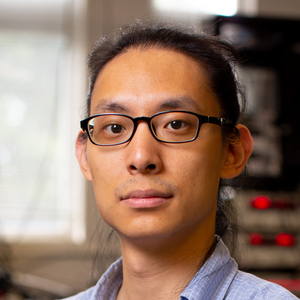