This post tells the story behind the discovery of intrinsic anharmonic localization, or stopping, of heat carrying phonons in an important thermoelectric material PbSe. These results are scientifically intriguing and of value because they reveal a mechanism for halting the propagation of heat carrying phonons without disrupting the underlying crystalline order, a situation that moves us closer to the ideal for thermoelectric efficiency known as the 'phonon glass - electron crystal'. However, the underlying behavior, which originates with nonlinear physics, exhibits some surprising properties and reveals a rich area for further investigation.

Ever since John Russell chased down a curious solitary wave (soliton) in a canal in 1843 Scotland, researchers have struggled to understand a rich variety of nonlinear waves, from rogue ocean waves to supersonic lattice solitons. The intrinsic localized mode (ILM) - also known as discrete breather - is a prime example. Intuitively, a uniform crystal without structural or compositional defects should exhibit vibrations reflecting that uniformity of structure. However, if the crystal is anharmonic enough vibrations can localized to a few atoms because of an interplay between the nonlinear forces and discreteness. ILMs can also form complex dynamical patterns.

Our work on intrinsic anharmonic localization in thermoelectric PbSe began with an intriguing result from an ab initio simulation. My colleagues at Caltech, Austin Minnich, Olle Hellman, and Nina Shulumba, were applying new ab initio molecular dynamics simulation techniques that explicitly account for anharmonicity to lead chalcogenides when they found something surprising. In the calculated dynamical structure a sharp dispersionless mode split off from a normal phonon at high temperatures. The feature resembles a local mode that you might see if you insert a heavy impurity in a crystal, but this was a perfect crystal. As they were discussing this in the hallway my former advisor, Brent Fultz, happened to walk by and overhear the discussion. Brent recognized the similarity to my earlier work and suggested that they contact me about doing scattering measurements.

Back in 2006 I was puzzled by neutron and x-ray scattering experiments showing the formation of a new dynamical mode at high temperatures in a crystal of uranium. After we ruled out a structural origin, we attributed it to an ILM. I later worked more deliberately with Al Sievers and others to find ILMs in the spectral gap of ionic crystals. While we quickly found a mode at high temperatures, further investigation revealed that this mode was part of more complex patterns in the dynamics that included transitions.

The mode that Shulumba et al. found does not follow the expected behavior of a classic ILM. It forms within the bands rather than in a gap or above the bands where it is expected to survive by being off resonance. Sievers once suggested to me that an ILM in resonance with the bands might be possible. I knew that a resonance ILM would be important because it would mean that ILMs can form in many more systems. Now we had a clear prediction.

Two surprises resulted from our neutron and x-ray scattering measurements. First, while we found evidence for the predicted ILM, there was also a transition in the anharmonic dynamics resulting in much of the transverse optic (TO) phonon becoming dispersionless (non-propagating). This is exciting because it means that fewer phonons are propagating heat, which helps with thermoelectric efficiency. However, we also discovered a competing effect; the halting of TO phonon propagation comes with a doubling of the lifetime of the longitudinal acoustic (LA) phonon due to a loss of scattering channels, which increases thermal conductivity.

The take away is that nonlinear physics beyond conventional perturbations plays an important role in these crystals, but the problem is more complex than simple models might suggest. 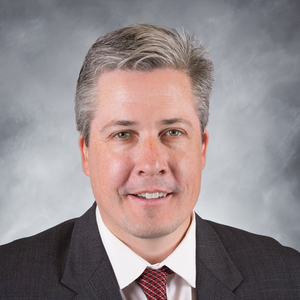