Surface-initiated Atom Transfer Radical Polymerization (SI-ATRP) was performed on the surface of eutectic gallium-indium (EGaIn) liquid metal droplets using a fatty-acid-mimicking initiator. Polymer brushes with glass transition temperatures far above, far below, or near room temperature were grafted. Glassy, stretchable, thermoplastic, and water-dispersible EGaIn-based nanocomposites were prepared. This Behind the Paper post reveals the origin of the research and our outlook for this methodology.

Research on eutectic gallium-indium alloy (EGaIn) was first brought to my attention by Chengfeng Pan, a researcher from Prof. Carmel Majidi’s lab who frequent borrowed our centrifuge for his research on the material. Later, I learned from our long-time collaborator, Prof. Michael Bockstaller, about his collaboration with Prof. Majidi and their work on addressing underlying challenges in the stabilization of sub-micron EGaIn droplets in solvents or polymeric matrices.

The fascinating characteristics of EGaIn being a room-temperature liquid alloy and its potential applications in soft robotics immediately stirred my curiosity. With years of experience working on the interface of polymers and inorganic nanoparticles in the Matyjaszewski group, I dived into this topic with Prof. Krzysztof Matyjaszewski. An interesting feature of EGaIn droplets is the presence of an intrinsic oxide “skin” on the surface, which enabled the use of a fatty-acid-like ATRP (atom transfer radical polymerization) initiator universally applicable to metal oxide surfaces that we reported two years ago.

Therefore, we managed to graft polymer brushes from the liquid metal droplets. More importantly, the embedded droplets were recoverable by simple acid treatment. However, the control of polymerization was much more difficult than that on other substrates we have dealt with due to a series of possible side-reactions discussed in the paper. The key differences between the “grafting-from” approach and the conventional techniques are the diversity of material properties and immediate access to solution-processability.

The preparation starts from a liquid-phase polymerization mixture and ends with a viscous liquid, which can either be directly cast or sustain most purification techniques. Moreover, a significantly higher concentration of EGaIn in organic solvents could be stabilized than that by small-molecule surfactants. In fact, the solubility limit is likely dominated by the interaction between the polymer brushes and the solvent although the dispersion, in some cases, may eventually separate into a polymer-rich phase and a solvent-rich phase after a long-standing due to the overwhelming density of EGaIn compared to the solvent. Remarkably, this contribution also demonstrates the first example ATRP on a liquid-liquid interface.

Teaming up with Mohammad Malakooti from Prof. Majidi’s lab led to the realization of a series of hilghly tunable, stretchable, and stable nanocomposites with diverse polymer matrices and brushes assembled on liquid metal nanodroplets. This contribution is anticipated to significantly enrich the selection of liquid-metal-based materials and facilitate the processing for design and production of future soft robotics and self-repairable electronics. 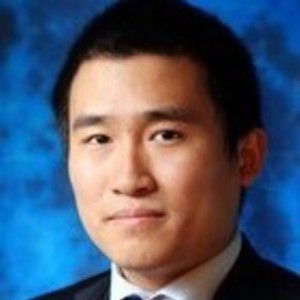