Menu
A community from Nature Research
Contributor Nature Electronics
Behind the paper, Flatchat

Transferred via contacts as a platform for ideal two-dimensional transistors

Our group had a problem. We were trying to make transistors out of transition metal dichalcogenides (TMDCs), but multiple attempts to make devices on WSe2 with a variety of different metal contacts yielded very poor results — either very low currents or no current at all. For those devices that did work, their performance would often degrade while we were measuring them!

Other researchers in the field were experiencing similar challenges, with the common "solution" of making a lot of devices and hoping for the best. We were dissatisfied with this "solution" for it made it quite difficult to generate reliable device data. How could we perform solid device modeling if our device changed every time we measured it? How could we make complex structures if our contacts had a low probability of working?

We hypothesized that the poor performance of conventional contacts was due to dirt and damage that occurred during lithography and metallization. To remedy the problem, we sought to exploit the clean results achieved with full h-BN encapsulation of graphene devices, demonstrated by our colleagues at Columbia. We initially tried to make "edge" contacts to WSe2 (following the same technique used for graphene); however, edge contacts to WSe2 yielded poor results. We then decided to embed metal in the top h-BN encapsulation layer and then transfer this layer onto our semiconductor channel, creating a fully-encapsulated semiconductor device structure with topside contacts. In doing so, all the dirty steps of the process (i.e. etching, electron beam lithography, and metallization) would be completed away from the semiconductor, allowing its surface to remain pristine.

We tried using our "transferred via contacts" on few-layer WSe2, but the initial results were still not great — low currents, high contact resistance, and sizable hysteresis. So we made another device and another; however, they too showed poor results.

Given the poor results for transferred via contacts in air, we decided to try something new. We were hopeful that full glovebox processing of the WSe2 flake would reduce hysteresis and variability across the contacts. So we repeated the device fabrication but with all steps involving WSe2 performed inside a nitrogen glovebox. To our excitement, full glovebox processing yielded significantly improved device results.

More details of our work can be found in our paper, Transferred via contacts as a platform for ideal two-dimensional transistors, available here.

We've made outreach videos detailing the step-by-step process of our dry transfer process used to create ultraclean stacks of 2D materials (including the stacks featured in our paper) and on the differences between 2D and 3D materials. Hopefully, these videos are useful to the outreach efforts of the 2D device community. Please feel free to share! 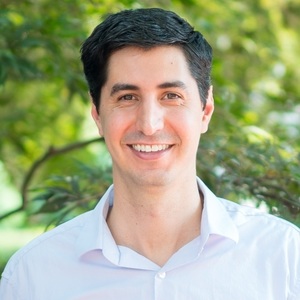