Through less than 1% of sulfur doping but without carbon incorporation, we have addressed most problems of Si anodes for practical applications.

This research started from a workaday meeting with my colleagues and advisor (Prof. Soojin Park) in early 2016. I first heard about the metallic transition of semiconducting silicon (Si) when the chalcogen families are directly doped into the crystal structure of it and such unusual behavior has been widely adopted in the device engineering to improve the absorption property and efficiency of the devices. However, it can be fabricated by only ion-implantation and followed the stabilization process which features a high-cost, complexity, and potential hazard to human bodies.

Nevertheless, I was excited as a material scientist, what if metallic silicon is applied to the rechargeable batteries, and at the same time, we made it through cost-effective, scalable, and processible ways. Although there have been a bunch of researches to address the major challenges of Si-based anodes such as anomalous large volume change during lithium insertion/extraction and poor electronic/ionic conduction, most strategies are limited to specific structuring in which the development of Si anodes for lithium-ion batteries (LIBs) is lagging far behind that of future technologies of electrified transportations. Thus, one would be very curious about the electrochemical behaviors of chalcogen-doped Si anodes in its metallic nature.

We found that the forced insertion of chalcogen dopants (particularly, sulfur) was impossible due to the large size of reduced fragments through typical thermochemical reduction of silicon dioxides and some other precursors for the dopants. Instead, in the light of the recent achievement (Energy Environ. Sci. 8, 3187-3191 (2015)), complete dissociation of various precursors into the atomic level and their recombination into the hollow and porous spherical structure could be suited for the design of conventionally inaccessible sulfur doping into the Si without extra forces.

First, we validated that the proposed low-temperature thermal reduction was capable of breaking down the sulfate salt and producing the pure sulfur element. Impressively, the reactive metal-metal salt complex in the molten salt selectively extracted the sulfur and accordingly such sulfur seeds were assumed to be favorably integrated with Si seeds during the recrystallization process as shown in Fig. 1. A certain portion of sulfur dopants was very stable not to be etched out by routine acids and confirmed as homogeneously distributing over the micrometer-sized (>3 μm) Si, which contributed to insulator-to-metal (IMT) transition of Si with a significantly increased electronic conductivity. What is exceptional about our proposed methodology lies in the observation of the expanded lattice parameter of Si as well as theoretical validations. These results are correlated to the incorporation of sulfur fragments (or seeds) between the unsaturated Si planes, thereby forming robust and flexible sulfur chain-buffered channels for the lithium-ion transport. Thus, improved reversibility of charge storage in Si anodes and extended cyclability along with facilitated ionic transport makes quasi-metallic Si (QMS) anodes another class of electrode material for rechargeable batteries. We believe that our findings are crucial because the method proposed here is scalable and processible for the first time to prepare S-doped Si powders, and have a substantial impact on the photoelectronic fields as well, yet unusual doping nature derived from other chalcogen elements requires further understanding of physicochemical or optoelectronic property changes according to the different elements. 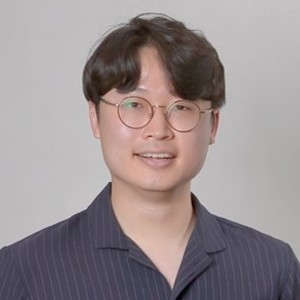