Measuring nanostructural change during deformation in a metallic glass

A combination of advanced techniques, materials and people came together to discover more about how bulk metallic glasses deform.

One of the fundamental goals of materials science has been to develop stronger, tougher materials to build bigger bridges, lighter, more crash resistant cars, or more fuel efficient airplanes. When discussing structural materials in this context then, amorphous bulk metallic glasses (BMGs) are not a materials class that naturally springs to mind, due to mechanical characteristics that can be similar to window glass, in that it shatters relatively easily and with catastrophic consequences. However, in some alloy compositions it has been shown that through the promotion of multiple occurrences of the dominant deformation mechanism, shear banding, BMGs with high strength and toughness can be realized.

In this context, the driving question behind the research in our recently published paper was born, which is to understand more fully the mechanism for shear banding and propagation, in order to one day use it to our advantage in materials design. Although shear banding in amorphous materials (and its mechanisms) have been researched for over 50 years, only recently have we developed the electron microscopy techniques to actually probe nanoscale regions of material in situ, or, as they are deformed (or heated, or more generally changed) inside of the microscope. It was a combination of many advancements that enabled this research: advanced sample fabrication techniques, state of the art sample holders, and cameras for the scanning transmission electron microscope (STEM), as well as improvements in data handling and processing to be able to analyze terabytes worth of images and extract relevant information. Key to harnessing these techniques were the people - this would not have been experimentally possible without Burak Ozdol and Christoph Gammer, and the data processing and simulation would not be possible without Colin Ophus, and Jun Ding, respectively.

Typical to any advanced experiment, the actual time on the microscope (heavily utilized and scheduled weeks to months in advance) was preceded by several weeks of planning and preparation before two very long, stressful days on the microscope. Once there, Christoph (visiting from Leoben, Austria), Burak and I spent 14+ hour days trying to make sure everything worked, as any small mistake could be catastrophic, ending our chances of performing this experiment for months. Some of the discussion between Christoph and I was captured by Burak in Fig. 1, when we thought things were not going particularly well. However, on the last day at 10pm, the preparation paid off and we managed to acquire some data we thought could be worthwhile. We left the National Center for Electron Microscopy buoyed by the realization of a successful in situ scanning nanobeam electron diffraction experiment in a BMG. Fig 1. Christoph Gammer (left) and Thomas Pekin (right) at the TEAM 1 microscope at approximately 10pm, wondering if the experiment is proceeding as planned. Picture taken by Burak Ozdol, through a magnifying glass.

That was in June 2017. As is also typical with experiments that generate such a huge amount of data, and with experiments in which techniques are being refined or developed, close to a year was spent coming up with the analysis technique, implementing it in code, verifying that bugs were extinguished, and simply processing the data. Hours were spent waiting for the code to crunch through the greater than 100,000 images acquired. However, the final outcome was that we were able to probe an extremely small amount of material (Fig. 2 for a sense of scale) through the entire deformation process. A lot of care was taken to prove to ourselves, and the reviewers, that what we measured was not just statistical noise. One of the highlights of the review process was a case of mistaken email address; while sending the draft between the authors, a mistyped email led to a detailed critique and a moment of levity by a Mr. Clophus (unaffiliated with C. Ophus on the paper…and also unaffiliated with materials science, but who seems to moonlight as a comedian. This critique is available via request to the author). 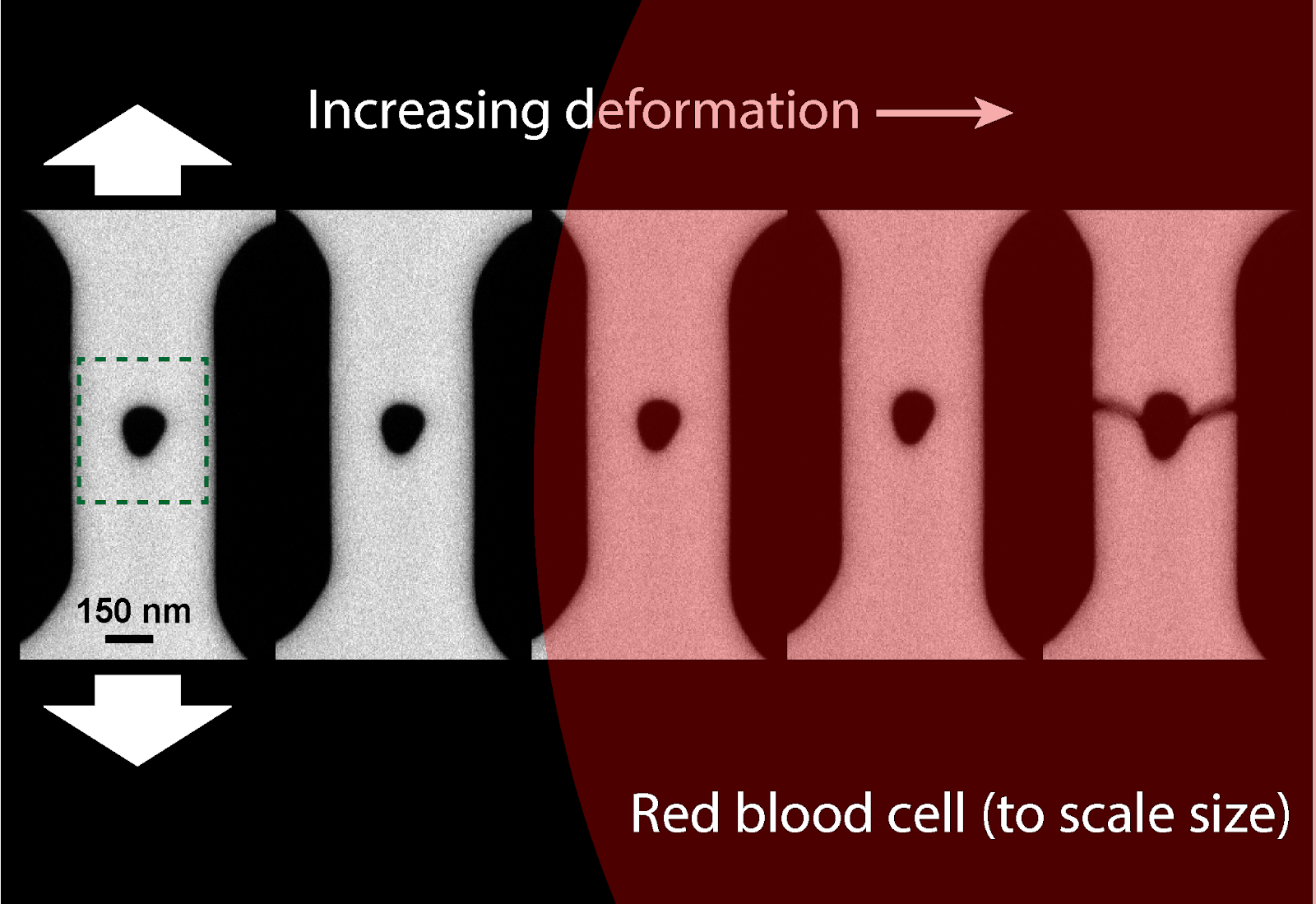 Fig 2. A schematic overview of the experiment, and the scale at which it is performed. The red circle on the right hand side of the schematic is part of an appropriately scaled red blood cell. Further details can be found in the paper.

In the end, though, observing structural change and strain fields develop simultaneously during in situ deformation prior to shear band formation for the first time was extremely exciting. I look forward to seeing how the general approach combining scanning nanodiffraction and large amounts of data with time resolved in situ experiments is used moving forward - not just in BMGs during deformation, but across the variety of in situ experiments in amorphous materials in general. Better detectors, more advanced in situ capabilities combined for more complex materials analyses all point towards a bright future of experimentation and discovery in electron microscopy.