The abnormal grain growth of iron-based Fe-Mn-Al-Ni shape memory alloys can be significantly increased by the addition of Titanium. Thereby, superior superelastic properties can be achieved in large scale components, which are of great interest in civil engineering.

Compared to conventional metal alloys, shape memory alloys (SMAs) are able to show high reversible deformations, due to a diffusion-free solid phase transformation. The shape memory effects can be activated either by a change in temperature, a change in the magnetic field and/or by a change of the mechanical stress.

Since the 1970s it is known that iron-based alloys can also show shape memory effects. With the discovery of the first iron-based SMA, researchers expected to succeed in transferring the advantages of shape memory alloys to large components in civil engineering. Compared to the conventional Ni-Ti SMA, iron-based SMAs are usually cheaper and have better workability.

With the discovery of the Fe-Ni-Co-Ti based SMAs at the end of the 70s and the Fe-Mn-Si based SMAs at the beginning of the 80s, two SMA systems led to first applications in the field of civil engineering. However, the success of the iron-based SMAs remained low and the initial euphoria was blown away by a certain disillusion. One of the biggest issues was the low reversibility of the so called superelastic effect, i.e. the accommodation of strain by mechanical loading and unloading, at room temperature.

It took until 2010 for a first demonstration of good superelastic properties at room temperature in an iron-based SMA by Japanese researchers. These new iron-based alloys, i.e. Fe-Ni-Co-Al based and Fe-Mn-Al-Ni based, are characterized by excellent pseudoelastic properties over wide temperature ranges and are therefore promising candidates for applications in civil engineering, for example as seismic damping elements.

However, many obstacles need to be overcome for a successful industrial application of these SMA systems. For example, good superelastic properties in Fe-Mn-Al-Ni are limited to very coarse-grained or single crystalline samples and, thus, the component size currently still is limited. The research in our group focuses on the relation between processing, the resulting microstructure and the functional properties of several SMAs, such as high-temperature and iron-based SMAs.

In our recently published study we succeeded in significantly influencing the abnormal grain growth of the Fe-Mn-Al-Ni SMA by adding small amounts of Titanium and Chromium. In particular, the addition of Titanium led to a strongly increased driving force of abnormal grain growth and it was possible to obtain single crystals with a size of up to 220 mm by a simple cyclic heat treatment. Thereby, previous restrictions in the component size were overcome. In addition, the quenching sensitivity of the alloy has been significantly improved and promising functional properties have been demonstrated. We expect this to be a major step towards the industrial application of iron-based shape memory alloys and believe that the mechanisms shown can contribute to tailoring abnormal grain growth in other systems with similar microstructure features.

If you are interested in our findings, I would like to recommend our work published in Nature Communications. 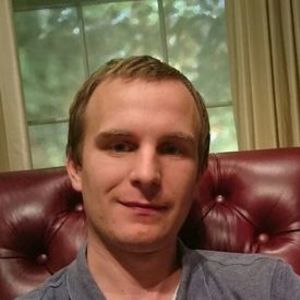