Research in the field of luminant quantum dot and their application in anti-counterfeiting technology represents a hot topic nowadays, because counterfeits and pirated goods pervade all levels of modern society. The 2015 global economic impact of counterfeiting reached 1.7 trillion US dollars. Up to now, most of the reported secure labels are clonable due to their predicable and deterministic coding and decoding mechanisms. Very few works have been reported on unclonable security labels, which were using expensive photolithography techniques to generate two-dimensional graphics (i.e., security labels) and using machine learning algorithms for verification. The former suffers high fabrication cost, while the latter suffers high level of false positives of up to 20%.

By using simply surface modification of randomly distributed poly(methyl methacrylate) (PMMA) nanoparticles, we succeed to create stochastic pinning points at the three-phase contact line for inkjet printing of quantum dot ink (Figure 1). Upon the solvent evaporation, the three-phase contact lines were pinned around the pinning points. The quantum dots in the ink droplets subsequently deposited on the pinning points, forming physically unclonable “flower-like” dot patterns, of which the encoding capacity will be larger than 4.7  10202.

Artificial intelligence decoding concept for the quantum dot security label authentication was developed for the first time (Figure 2). We succeeded in fabricating unclonable quantum dot security labels with unlimited pattern design capability and robustly decoding them with AI technique. Covert and unclonable flower-like dot patterns with different sharpness, brightness, rotations, amplifications and the mixture of these parameters have been successfully decoded within seconds using the authentication strategy developed here.

Figure 2 | Deep learning decoding mechanism. (a) Schematic illustrating the authentication process: ① Image capture and database generation from the goods by the manufacturers, ② image learning by AI, ③ Image capture from the goods by the consumers using their smart phones, ④ image recognition and comparing by AI, and ⑤ authentication outcome feedback to the consumers. (b-g) A library of six single dot pattern security labels, (h-m) six fluorescence images taken from b (referred as to genuine product) with different brightness, sharpness, rotation angles, magnifications and the mixture of the above-mentioned factors, and (n-s) six fluorescence images from security labels that are not in the database shown in panel b-g (referred as to fake products). (t, u) Recognition rates of labels (h1-h6) and (i1-i6) by the authenticating way of deep learning. Labels (g1-g6), (h1-h6) and (i1-i6) correspond to the labels in Figure (b-g), (h-m) and (n-s) respectively. The color scales from blue to red stand for the matching score (ranging from 0 to 100%) of the captured pictures with the labels. 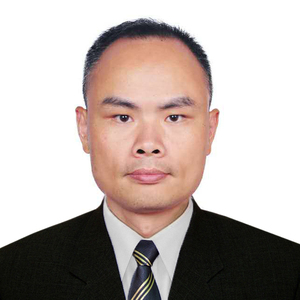