Since the fabrication of the first MOSFET in 1959, Si and its native oxide SiO2 have been used as the channel and gate insulator in these devices. Despite the enormous commercial success of Si MOSFETs, during all this time the research community has been looking for alternative materials which would lead to a considerable improvement of the performance of these devices. Today this problem has become particularly important, since the miniaturization of standard Si technologies following Moore’s law has approached its physical limits, and further scaling of Si devices without loss in performance appears to be economically unfeasible. Starting from 2004, when the field effect in graphene was observed for the first time, the use of 2D materials as the transistor channels has been considered to be the most attractive possibility to continue scaling of modern electronics. Although a huge amount of funding has been invested, there are still no commercial 2D FETs available on the market. One of the main reasons for this is the absence of easily synthesized native oxides of 2D semiconductors, which would go along with them as well as SiO2 goes with Si. Thus, the primary challenge for modern 2D technology is the search for competitive insulators.

Among the various studied insulators, calcium fluoride (CaF2) is perhaps one of the most exotic. Nevertheless, its crystalline structure, wide bandgap (12.1eV) and high permittivity (8.43) make this material very attractive for device applications. First Si transistors with CaF2 insulators were reported already in 1984. However, these studies were discontinued, most likely because they used 640nm thick CaF2 layers grown by MBE on Si(100) substrates. A few years later it was found that thin homogeneous layers of CaF2 can be grown only on Si(111) surface which has a lower surface free energy. After this observation, over two decades were spent to finally adjust the MBE growth of CaF2 on Si(111) to eventually result in the production of only several nanometer thin films. For instance, when I started my research in 2007, CaF2 films grown on Si(111) suffered from high thickness fluctuations and even triangular pinholes, thus being barely suitable for device applications. Later Dr. Alexander Banshchikov found that this problem can be solved by reducing the MBE growth temperature down to 250oC, which results in much more homogeneous CaF2 layers while maintaining high crystallinity. Together with the further optimization of the substrate preparation and growth rate, this finally allowed the group of Prof. Nikolai Sokolov (Ioffe-Physical Technical Institute, St.-Petersburg) to establish a well-optimized MBE growth technology of few nanometers thick CaF2 barrier layers on Si(111).

The device-level quality of CaF2 films was finally confirmed in my PhD thesis, which I defended in 2015 at the Ioffe-Physical Technical Institute, St.-Petersburg. However, these results remained unappreciated for several years, since the integration of CaF2 into the standard CMOS process appeared technologically difficult. Nevertheless, an exciting new application for CaF2 layers appeared soon after I started my research in the field of 2D FETs. Most of our 2D FETs were fabricated using commercially available Si/SiO2 substrates with tens of nanometers thick thermal oxide. But one day we tried to transfer CVD-grown MoS2 onto our Si(111)/CaF2 substrates, and the results were fantastic! We obtained numerous functional CaF2/MoS2 FETs with record-small 2nm thickness of the gate insulator and competitive performance. Furthermore, the (111) orientation, which originally caused technological issues when growing CaF2 films, suddenly became an important advantage of our technology. This is because the F-terminated CaF2(111) surface is chemically inert and thus forms a well-defined quasi van der Waals interface with 2D materials. Amazingly, nature anticipated the use of Si, CaF2 and 2D materials as building blocks for the same device technology! So, thin homogeneous CaF2 films can be grown only on Si(111), and only the CaF2(111) surface is suitable for van der Waals stacking with 2D materials, thus opening a route towards fully scalable 2D electronics.

Still, there are many challenges remaining. However, our MoS2 FETs with crystalline 2nm thick CaF2 insulators present an interesting platform for future beyond-Si electronic devices. The most interesting development of our initial success would be the MBE growth of Si/CaF2/2D/CaF2 heterostructures and the fabrication of fully scalable top-gated 2D FETs while performing all the processing in the same chamber without exposure of the vulnerable channel to the ambient. Also, there are many fluorides beyond CaF2, some of which have magnetic or ferroelectric properties and thus can be used for various 2D electronics devices, such as memory cells or negative capacitance devices. 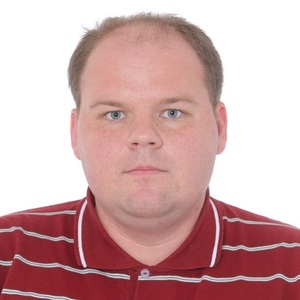