Clothing made from a conductive fabric that supports surface-plasmon-like modes at radio frequencies can be used to connect wearable sensors around the body, creating a secure and energy-efficient body sensor network.

Electronic devices are merging closer with our bodies. Beyond today’s smartphones and smart watches, the next-generation of sensors, displays, and wearables will be able to continuously monitor health and enable new ways to interact with our environments and each other. To do this, wearable devices will need to be able to communicate with each other, forming a connected network of sensors called a “bodynet”.

Today, most wearable devices use wireless technology to connect with each other, eliminating the cumbersome wires used in the past. However, wireless technologies have challenges that stem from the way that they work: the signal radiates into the space around the body, wasting energy and creating vulnerabilities to eavesdropping. As a result, wireless systems are inefficient and insecure, requiring the use of complex networking protocols and low-power circuits to mitigate these challenges.

We started with a specific metamaterial pioneered by Prof. Tie Jun Cui at the Southeast University in China and Francisco J. Garcia-Vidal at the Universidad Autonoma de Madrid that was both flat and could support surface plasmons (PNAS in 2013). We had to redesign the structure so that it could work at the frequencies used for Bluetooth and Wi-Fi, perform well even when close to the human body, and could be mass produced by cutting sheets of conductive textile.

We were surprised by the initial results. Using a smartphone to receive a signal emitted from a small Bluetooth device, we found that the strength of the signal could be boosted by about a thousand times by simply placing them near the metamaterial textile. Importantly, this boost did not require any changes to either the smartphone or the Bluetooth device: the metamaterial could work with any existing wireless device in the designed frequency band.

The high efficiency provided by the metamaterial textiles means that wireless devices could use much less power and last far longer. It also opens the door for wireless power transfer around the body. Everyday wireless devices transmit up to a tens of milliwatts of power to communicate with each other – more than enough to power a small sensor and transmit data back. However, the signal loss encountered during propagation around the body usually results in too little power reaching the sensor to be useful for powering. We showed that the surface plasmons on clothing could power battery-free sensors – an unusual use of clothing as a way to distribute wireless power around the body.

Looking ahead, we envision that the metamaterial textiles could be used on specialized clothing for athletes, military personnel, and patients to create “bodynets” for monitoring performance and health. We might also imagine using such clothing to sense the body and its environment through changes in wireless signals, giving us new ways to perceive the world around us. 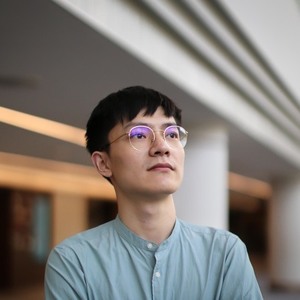