An array of ‘nano-hairpins’ probes the interior of cells

Electronic devices with access to the interior of cells can provide more information of cellular potential and may lead to advanced brain-machine interfaces. We have developed arrays of ‘hairpin’-like nanoscale devices to read electrical activity from the interior of multiple cells at the same time.

The ability to read electrical activities from cells is the foundation of many biomedical applications, such as brain activity mapping and neural prosthetics. To achieve the most accurate readings and finest control of prosthetic limbs, electronic devices need to gain direct access to the interior of cells for intracellular recording. The most widely used conventional method for intracellular recording is the patch-clamp electrode, although its micrometer scale tip causes irreversible damage to the cells and it can only record a few cells at a time. To address these issues, we have developed a scalable way to create large arrays of ‘hairpin’-like nanoscale transistor devices and used these to read electrical activity from the interior of multiple cells at the same time.

Back in 2010, our group reported the first nanoscale device for intracellular recording from cardiac cells. The recording components of those devices were V-shaped kinked silicon nanowires, with their shapes controlled during growth and configured into three-dimensional (3D) probes pointing upwards from a chip surface. The tip of each V-shaped nanowire was designed as a transistor that could be inserted into cardiac cells to monitor the electrical signals. A limitation of the kinked nanowire devices, however, was that the nanowires had to be incorporated into device probes one-by-one, a process that’s difficult to scale up, and moreover, could discourage even a research mentor from pushing on exciting new measurements. Looking at this from perspective of a half-full (vs. half-empty) cup – the unique capability to record intracellular signals with a nanoscale transistor, we came up with an idea to make hundreds to thousands of 3D nanowire probe devices in parallel by taking advantage of their unique mechanical properties in a combined bottom-up and top-down fabrication scheme.

The straight silicon nanowires, with very high length-to-width ratio, are as flexible as cooked noodles. To incorporate them into device arrays, we first made patterned a silicon wafer with U-shaped trenches, and then ‘combed’ the nanowires over the trenches. In addition to removing tangles from the nanowire hair, the combing shear force deforms the nanowires to conform to the designed U-shapes of the trenches, thus forming an array of ‘hairpin’-like U-shaped nanoscale devices. The tip of each U-shaped nanowire, which points up from the chip surface by virtue of ‘designed’ strain in the bimetallic interconnects, is modified to act as a small transistor that, similar to the V-shaped nanowires, can be inserted into neuronal and cardiac cells for intracellular recording with signals comparable to the quality of those obtained with the gold-standard patch-clamp electrodes. Because the nanowire tips are so small and coated with a layer of molecules that mimic the cell membrane, they can be inserted into multiple cells in parallel without causing damage.

During the development of these nanoscale cell probes, we compared many different sizes of the U-shaped trenches as well as different sizes of the transistors, and found a strong correlation between probes with narrower tips/smaller transistor sizes and better recording quality, which is consistent with findings from other groups that nanoscale membrane curvature can facilitate penetration of the cell membrane. Taking advantage of the parallel top-down fabrication component of the work, we were also able to make and explore unique configurations of the probe arrays; for example, having multiple, yet independently addressable, nanoscale hairpin devices on a single probe arm such that it is possible to interrogate the locations of single cell, as well as tens of the probes that record signals from adjacent ‘connected’ cells simultaneously to study signal propagation between cells.

We believe this work represents a major step towards tackling the general problem of integrating ‘synthesized’ nanoscale building blocks into chip and wafer scale arrays, and thereby allowing us to address the long-standing challenge of scalable intracellular electrical recording. Through this work (but not necessarily expected at the outset!) we found clear evidence for how both size and curvature affect device internalization and intracellular recording signal, and also found an important future question: “Can the intracellular interface be stabilized?”. The beauty of science to many, ourselves included, is having such challenges to drive hypotheses and future work; in this latter case we suggest that exploiting approaches to anchor nanowire tips inside the cells by biochemically-modifying their surfaces and/or introducing nanoscale roughness. In the longer term, we see these probe developments adding to our capabilities that ultimately drive advanced high-resolution brain-machine interfaces and perhaps eventually bringing “cyborgs” to reality. 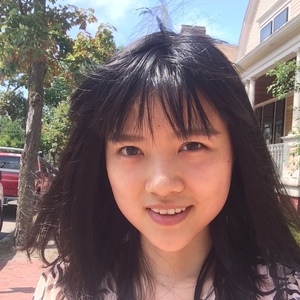