Many existing imaging modalities base on the common underlying theory of wave propagation. Our recent work shows that it is possible to apply existing methods from diffraction and wave imaging to Non-Line-of-Sight imaging problems.

Imaging can be performed using a variety of underlying physical phenomena including light, other electromagnetic radiation, sound, electrons, and gravitational waves. While the underlying physical phenomena in all these cases are very different, the principle describing how the image is created is essentially the same. This principle is the theory of wave propagation and diffraction. A shared underlying theory allows for a direct and effortless transfer of knowledge from one field of imaging to another. It allows researchers that have spent decades to become experts in one branch of imaging to quickly become experts in another. Many of the recent advances in optics such as imaging in turbid media and the study of metamaterials have first been implemented using microwaves and sound before being transferred to light waves (often by the same researchers). Similarly, the new field of gravitational wave imaging benefits immensely from access to centuries worth of knowledge about how to extract information from a wave.

The field of Non-Line-of-Sight (NLOS) imaging on the other hand, has thus far relied on an entirely separate set of models to create images. A NLOS imaging system illuminates points on a relay surface with short light pulses. From there the light travels into the scene, reflects off scene surfaces and returns to the relay surfaces. Points on the relay surface are imaged by one or multiple detector pixels fast enough to resolve the time of flight of the light through the scene. The result of this measurement is in general a five dimensional dataset containing time responses for each illuminated and each imaged point on the 2D relay surface. Current reconstruction methods make use of linear algebra and optimization, geometric optics, and concepts borrowed from computed tomography to obtain a three dimensional image of the scene from this data.

We, however, believe that by far the most important contribution is the framework itself as it provides an intuitive understanding of NLOS imaging and gives access to a large variety of mature image reconstruction and analysis methods to this relatively new field. In situations where our method applies, we can now make well supported statements about what aspects of a scene can be reconstructed at what resolution and how. While conducting our experiments and trying to debug our hardware and algorithms this knowledge has been particularly valuable as it allowed us to predict early on fairly accurately and intuitively what our final result would look like. We also now can make use of advanced algorithms and methods developed to solve wave diffraction integrals in other fields. This allows us to compute reconstructions quickly and efficiently as will be demonstrated in forthcoming publications.

We are anticipating a large number of NLOS imaging techniques using our framework and are excited to see it already being applied and extended by other researchers. 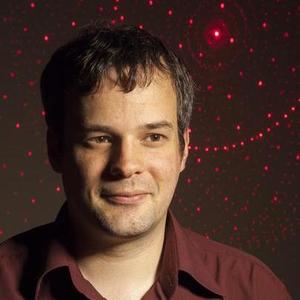