By locking a wireless system to an exceptional point, we can wirelessly interrogate microsensors with a sensitivity 3.2 times higher than existing schemes, and this enables continuous monitoring of physiological states in a rat with LC sensor implants.

Bioelectronic sensors are widely used in modern medicine to monitor otherwise invisible physiological signals. When combined with wireless technology, such sensors can be implanted inside the body to continuously sense signals from important organs such as the eye or the heart. One of the most widely used types of implantable sensors is the LC sensor, so called because it is simply made up of an inductor and a capacitive sensor. They are appealing because they do not need batteries and can last indefinitely in the body (a clinical example is the CardioMEMS device by Abbott Laboratories). The sensor works by varying its capacitance with the physiological signal, which results in a shift in the circuit’s resonant frequency that can be detected by an external reader. Of course, if the sensor is too small or too far from the reader, then its signal cannot be detected. Precisely how small or far the sensor can be is determined by the reader’s sensitivity. For existing readers, the sensitivity of the reader is limited such that sensors need to be at least a few millimetres in size to be detected under the skin.

Like many others in the field of bioelectronics, we wondered if there could be a way to improve the sensitivity of the reader so that smaller sensors – less than millimetre in size – could become possible. Such sensors could perhaps be injected using a thin needle, a much less invasive method for surgical implantation that would open many new clinical opportunities for use. The design of the reader, however, is often remarkably simple (a loop of wire connected to a network analyzer), and it was unclear what exactly could be done to improve on this. We did recognize, however, that a unique feature of the LC sensor setup was that the sensor was entirely linear. The linear response of the reader would therefore play a key role in determining its sensitivity because the frequency of the signal emitted by the sensor is necessarily the same as that emitted by the reader.

Our inspiration came from a series of optical experiments demonstrating that enhanced sensitivity can be achieved in systems operated at a special degeneracy called an exceptional point (EP) [Chen et al. 2017, Nature and Hodaei et al. 2017, Nature]. Although the concept of EPs originated from theoretical explorations in quantum mechanics (specifically, non-Hermitian extensions of the theory), they have found wide use in photonics and electronics because they can appear when gain is carefully added and dramatically alter the system response. We were aware of prior work studying EPs in resonant LC circuits incorporating an amplifier for gain [Schindler et al. 2011, Physical Review A], and later work would confirm that they can be used to increase the sensitivity of wireless sensing in the context of LC sensors [Chen et al. 2018, Nature Electronics]. I was particularly struck by how EPs, which appeared at first to be a mathematical curiosity, can arise in a broad class of physical systems and bring out new phenomena even in systems as well-studied as amplifier circuits.

A major challenge in these previous experiments was the elusive nature of the EP. Because they are so sensitive, any change in the system or its environment can move the system away from this delicately balanced point. If EPs were to be employed to build more sensitive readers for implanted sensors, then the system would have to be “locked” to this point in a noisy, living environment. Our solution was to develop a feedback circuit that would monitor the state of the system and automatically adjust the parameters to bring the system to its EP. We spent some months installing and tuning the prototype circuits on breadboard to realize the system described by the theory. I admit the work was slightly delayed by difficulties in translating its prescriptions to actual component values in the circuit. When we eventually succeeded, however, the effect was obvious: the response of the reader followed a square-root curve as a function of coupling to the sensor that greatly increased its sensitivity.

Next, we had to show that the system could actually work in a physiological environment – that meant actually implanting a sensor in a small animal. Such experiments are essential to perform because placing electronic devices in living systems can bring out problems that are impossible to anticipate on a benchtop. These experiments were high-pressure events for me each time, as each moment of time was valuable. Thankfully, my colleagues in the lab were experienced and provided great help. We finally succeeded detecting the breathing of a rat using a micro-sized sensor implanted under the skin.

Looking back, I am surprised by how, through the work of many researchers around the world over many decades, an idea in quantum mechanics found its way to biomedicine. To me, this highlights the importance of having a broad curiosity in research, for both those working on fundamental questions and those looking for solutions to practical problems. In the future, we hope to further exploit the unusual properties of the exceptional point to build sensors that address unmet monitoring needs in the clinic, from brain swelling to glucose in the bloodstream.

If you are interested in our research, please read our recent paper published at Nature Electronics by clicking this link. 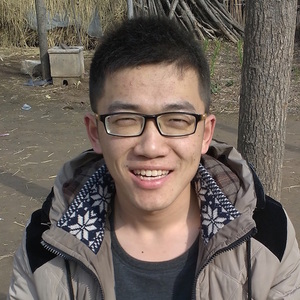 What's next for negative capacitance electronics?
Contributor Nature Electronics
Behind the paper

Paolo Samorì
Nature Research Device and Materials Engineering Community
We use cookies to help improve your experience. By continuing to browse our website you are consenting to our use of cookies.
Learn more