The book “Other Minds” describes the evolution of the octopus and other cephalopods toward intelligence.  These creatures, which evolved from small clumps of cells, now have complex nervous systems and neural networks. Whereas humans, other vertebrates, and most robots transmit signals from sensors (nerves) back-and-forth between a centralized processor (brain), an octopus has more than 50% of its neurons distributed in its arms.

The octopus inspired us to consider the possibility of performing logic directly within a material – rather than in a centralized processor – thereby eliminating the need for complex wiring.  Thus, we sought ways to make simple logic elements from soft materials that could be ‘distributed’ in a rubbery matrix, which we describe in a paper in Nature Communications.  The ability to build touch sensors into soft materials that can locally perform logic has implications for soft robotics, prosthetic limbs, human-machine interactions, and smart sensors.

To realize this concept, we needed soft materials that could act like a transistor; that is, behave like a switch. An outstanding student in our group, who was interested in color changing materials, was working on embedding wires of liquid metal (based on gallium alloys) inside silicone rubber mixed with thermochromic pigments.  These commercial pigments change color in response to heat.  Passing electricity through the liquid metal wires delivers heat to the rubber, similar to the way a toaster oven heats (i.e. Joule heating).  Although this mechanism does not perform logic, the ability to change the color of a soft material is interesting for camouflage and stretchable displays, as shown in the figure below. Incidentally, color change is another fascinating property of some cephalopods.

This research got really interesting when we realized that deforming the liquid metal wires changes its geometry and thus its resistance. These changes in resistance can increase the amount of local Joule heating. Alternatively, if the electricity has alternative pathways through a circuit, the change in resistance in one region can redirect current to new locations in the circuit (see the banner image). Thus, we found a way to couple mechanical deformation, electrical resistance, and optical output.

We harnessed this property to create simple logic (video).  The amount of current that reroutes depends on how many portions of the circuit are touched. The rerouted current can be used for Joule heating, powering a motor, turning on a light, or other functions that use electrical energy. Using this principle, we carried out simple logic (we emphasize, very simple at this point) in response to touch using entirely soft materials.

This concept is compelling for several reasons:  First, it performs logic in soft materials without rigid semiconductors.  Second, it eliminates the need for complex wiring between sensors and centralized chips; thus, the logic can be ‘distributed’ throughout a material rather than centralized.  Third, it turns touch (an analog input) into a digital output (on / off states of color).  Fourth, it provides a simple way to change the color of soft materials, although the electrical energy utilized here could be used to drive other electrical systems. 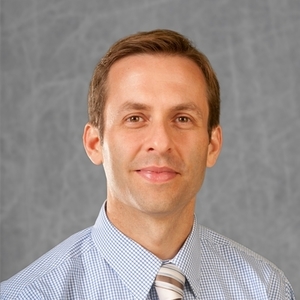