We have realized suspended double-layer graphene ribbons with an attached silicon proof mass, which can be used to create transducers for NEMS accelerometers that occupy at least two orders of magnitude smaller die area than conventional state-of-the-art silicon accelerometers.

Smartphones are increasingly multi-purpose electronic computers that allow a number of functions beyond a mere telephone. These include GPS navigation, video communications, mobile games, smart shopping, environmental monitoring, metal detection, and even health monitoring or seismic monitoring. But do you know how many sensors in your smartphone? It's half a dozen or more gadgets packed into a single slab, with a wide range of sensors. Microelectromechanical systems (MEMS) accelerometers are a type of such sensors in smartphones, which are used for detecting motion, such as counting your steps. MEMS accelerometers have been widely used in our daily life, such as in vehicles airbag deployment systems, in navigation systems and in cameras. To meet the growing demand for miniaturization of accelerometers in emerging applications such as smartphones, consumer electronics, wearable devices, IoT devices, nano-scale robotics, and micro/nanoscale biomedical implants where more traditional sensors cannot easily operate, development of next-generation of micro-accelerometers with ultra-small dimensions and high sensitivity is required. In addition, continuous miniaturization of accelerometers results in smaller packages, and ultimately in reduced costs.

Our ultra-small graphene NEMS accelerometers can be fabricated by using conventional large-scale semiconductor and MEMS fabrication technologies. Our findings set the stage for a new class of ultra-small and highly sensitive graphene NEMS devices and are very encouraging for the practical applications of graphene, which is a step closer to real-world and commercial use. Beyond the ultra-small NEMS accelerometers, our suspended graphene ribbons with an attached proof mass have the potential for use in other types of ultra-miniaturized NEMS devices such as resonators, gyroscopes, and microphones. It is very exciting to envision that this research might promote the transformation of graphene NEMS and our daily lives.

This blog-post was written by Xuge Fan. 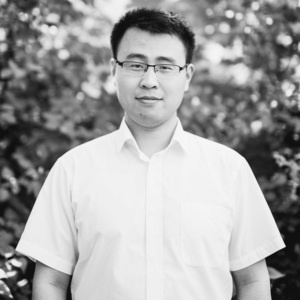