Understanding at the nanoscale to improve large-scale photovoltaic electricity generation

Photovoltaic panels convert sunlight into electricity and are considered a cornerstone for a sustainable renewable energy supply. Current solar panels rely on the well-established crystalline silicon technology. However, thin-film photovoltaics using a compound consisting of copper-indium-gallium-selenide (CIGSe – Cu(In,Ga)Se2) as the light-absorbing semiconductor material have several benefits, such as requiring less material, more energy efficient production, and the possibility to be fabricated on flexible substrates, making them a prime choice for building-integrated photovoltaics for future nearly zero-energy buildings. Their laboratory-scale power-conversion efficiency has been increased significantly over the last 7 to 8 years, recently reaching 23.35 %, which is on par with dominating multi-crystalline silicon. This recent increase is driven by the introduction of a high-temperature treatment with alkali metals, specifically with potassium, or rubidium fluoride, a topic heavily investigated in the research community.

In a collaboration between the International Iberian Nanotechnology Laboratory (INL) in Portugal, the Zentrum für Sonnenenergie- und Wasserstoff-Forschung Baden-Württemberg (ZSW) in Germany, and the University of Parma in Italy, within the European Horizon 2020 funded project Sharc25, researcher studied the impact of different alkali-fluoride treatments on the nanoscale properties of grain boundaries in these polycrystalline solar cells.

The researchers at INL studied the samples from ZSW by scanning probe microscopy, more specifically by Kelvin probe force microscopy, an advanced microscopy technique which detects surface electronic properties, with a special focus on the grain boundaries. They were able to show that heavier alkali metals have a stronger passivation effect at the grain boundaries. This conclusion was enabled by investigating a large number of grain boundaries, allowing a statistical analysis of the observed effects that evidence the passivation of grain boundaries. Finally, it was the combination of a novel analysis method using measurements in dark and illuminated conditions, high-quality samples, and simulations that led to a deeper insight into the impact of the alkali-metal treatment. The results will certainly be of interest for the CIGSe industry, which is currently looking into adapting these alkali treatments in their production lines with the goal to achieve better performance for CIGSe PV modules and lower costs of solar electricity in the future. 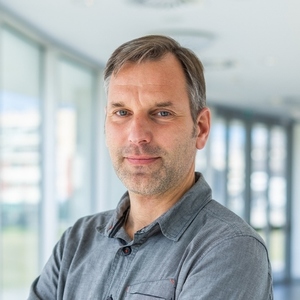