Bridging the (band)gap between superconductors and semiconductors

Connecting superconductors to optoelectronics is a difficult challenge due to large bandgap and impedance mismatches. We show how a nanoscale superconducting thermal switch can overcome these mismatches and provide a low-power interface between these two electronic systems.

In our work on neuromorphic systems at NIST, we've been developing a hybrid superconductor-optoelectronic neuron--we're looking to explore the limits of how you would make a brain-like structure for 100 billion neurons in an efficient way (ideally without requiring an entire power plant to run it). One of the toughest challenges so far has been figuring out how to interface the optoelectronic components with the superconducting components--specifically, how to drive the inputs of optoelectronics using superconducting outputs. We found that this problem didn't really have a well-defined solution, and was also shared by other systems trying to communicate with cryogenic/superconducting devices, like classical control of quantum systems.

The heart of the problem is that there are large bandgap mismatches (10^3) and even larger impedance mismatches (>10^6) between superconducting and semiconducting systems. Standard methods of amplification can be used to perform this conversion, but semiconductor amplifiers typically dissipate too much power for extensive use at cryogenic temperatures. For the very near-term, there's a pretty simple way to beat this problem: just feed more wires into a cryostat. That way, you can carry the signals you want out from the cold stage, perform amplification at room temperature, and feed those signals back down to the cold stage. (This approach does have the benefit of generating beautiful photos of cryostats with hundreds of cables elegantly wound up and down the cold stages). However, there are heat-load and practical limits to how many cables can be used for routing signals into and out of a cryostat.

Looking through the literature, it turns out there are not many ways to drive semiconductor devices from superconducting outputs. In my previous work with Prof. Karl Berggren at MIT we had tried to do tackle this problem with a superconducting device called the nanocryotron. Although the nanocryotron could reach the required output voltages (>1V), the result took much longer than desired, and had issues getting "stuck" in the on-state (also called latching). In particular, in the first few hundred picoseconds, the largest impedance ntron can drive is a few kΩ--not nearly enough to drive the input of a high-impedance MOSFET or LED. Other potential solutions included just using a semiconductor amplifier, a clocked CryoCMOS-type latching circuit, or possibly using a superconducting nanowire as a tunable filter to block/allow a large RF voltage. Each of these had a whole host of its own problems, especially for our particular neuromorphic application.

A curious alternative came about when we considered the huge impedance transformation we saw every day in our lab when measuring superconducting nanowires single-photon detectors (SNSPDs). These devices are superconducting (zero resistance) when cold, but when you measure them at room temperature they're >1MΩ.  That's an enormous impedance change! That gave us an idea: what if we just heated the nanowire in-situ? It certainly didn't seem like the most efficient route, after all heat is usually avoided at all costs on the cryogenic stage. However, after a few rounds of fabrication, it performed well beyond our expectations, and well within the energy and operational requirements needed for our neurons--we were even able to generate light on a photonic LED as a proof-of-principle.

Looking back, the success of the experiments makes a lot of sense--this device is actually related to a transition-edge sensor (TES), which is a type of ultrasensitive bolometer.  It stands to reason that something as sensitive to thermal energy as a TES would not require a lot of energy if the right conditions are met. As a final note, even though we are quite pleased with the device performance, it's still exciting to consider building a similar device using a non-thermal method to save on power. For instance, recently there has been some work on using static electric fields to transition between a superconducting and resistive state.  Using such a transition, one could imagine building transistor-like devices that do not dissipate power in either the "on" or "off" state--it would certainly be very useful to have such a device at cryogenic temperatures!

(Side note: All of the structures in these experiments and with our neurons were drawn/designed using PHIDL, a Python-based layout and CAD geometry creation package, particularly photonic and superconducting structures. If you're hand-drawing GDS devices like I did back in grad school, take a look--it could save you quite a bit of time.) 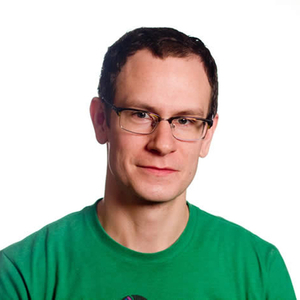