Over the past 20 years there has been a remarkable progress in the development of devices fabricated from organic molecules, e.g. organic field-transistors, organic light emitting diodes and organic photovoltaics. The organic electronics and photovoltaics community is currently interested in improving the efficiency, lifespan and transport characteristics of such devices. Understanding the underlying mechanisms of charge generation, separation and transport has been a pertinent challenge still raising several questions today.

Narrowing down this rather vast field to molecular single crystals and free carriers diffusion (electrons or holes generated in the semiconductor), We tried to answer some of these questions that have long been debated: e.g., how is the charge being transported in organic semiconductors? What limits the charge transport efficiency of these materials? How is it possible to improve the charge migration and obtain higher charge mobility (the latter being a key parameter influencing the actual performances of semiconducting devices)?

Attempts to describe the transport in organic semiconductors (OSs) were made before by using standard theories that successfully describe transport, on the one hand, in metals (using band transport models, where the  charge-carrier moves between sites, with translational symmetry, in a wave-like manner and is scattered by lattice vibrations) and, on the other, in donor-acceptor molecular systems (using the well-known Marcus theory, where the charge is assumed to be fully localized on molecular sites and the charge transfer occurs via occasional jumps). These approaches are derived following perturbative treatments in which certain energy scales of the problem are much smaller than the others. In OSs, though, the characteristic parameters are all of comparable magnitude, thus preventing the applicability of standard limiting treatments.

We tried to go beyond these standard theories  by applying  a computational tool called Fragment orbital-based surface hopping that have been developed throughout the years in Jochen Blumberger’s group, and to which, myself, Antoine and other people contributed to improve. This approach allows to perform explicit atomistic non-adiabatic molecular dynamics simulations, which are in principle free of model assumptions and permit a realistic view into the charge transport mechanism of large condensed phase systems.

We were able to elucidate some of the elusive charge transport features in some organic semiconducting crystals, finding that the charge carrier forms a polaron (a quasi-particle associated with the charge carrier and the surrounding molecular deformations) delocalized over up to 10–20 molecules in the most conductive crystals. The polaron propagates through the crystal by diffusive jumps over several lattice spacings at a time. This delocalization correlates very well with higher charge mobility and a faster transport.

This novel simulation method proved to be a valid tool for quantitative calculations of charge mobility and polaron size in OSs and gave results in excellent agreement with experimental estimates. We expect this to become a valuable tool for the computational design of organic semiconductors with unprecedented charge mobilities.

The work was founded by the European Research Council (ERC) under the European Union, Horizon 2020 research and innovation programme. I am extremely thankful to Antoine and Jochen for their constant help in this endeavour. 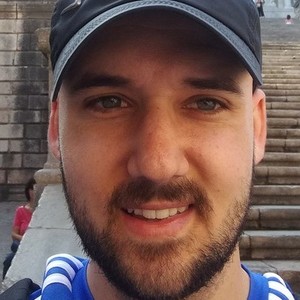