A solution-processable 2D semiconducting MoS2 nanosheets ink for the scalable fabrication of high-performance thin-film electronics (transistors and logic gates) over a large area.

Manipulating the electron injection during the intercalation

In our recent work, we obtained the pure 2H-phase semiconducting MoS2 ink using the intercalation-based exfoliation approach. Our philosophy of preventing the undesired MoS2 phase transition to 1T structure during intercalation is to play with the dimension of intercalants. During the lithium intercalation process, the insertion of a large number of Li+ (LixMoS2: 1 Li+ and thus 1 e per MoS2, Eq. 1) leads to massive electron injection into the MoS2 crystal that induces the undesired semiconducting (2H) to metallic (1T) phase transition. And theoretical studies suggest that such phase transition only occurs when the electron injection exceeds a certain threshold (0.29 e per MoS2). To this end, we came up with the idea of intercalating 2D layered crystals (i.e. MoS2) with large-size quaternary ammonium molecules, such as tetraheptylammonium bromide (THAB). The bulky size of THAB molecules (d ~ 20 Å comparing with d < 2 Å for Li) naturally limits the number of molecules that can fit into the hosting 2D crystals and thus the number of electrons injected (0.02 e per MoS2, Eq. 2), which prevents the undesired phase transition into metallic 1T structure.

A relatively narrow thickness distribution (in contrast to the liquid exfoliation) was obtained in the semiconducting 2H-phase MoS2 nanosheets. The resulting ink material (up to ~ 10 mg/mL) can be processed into high-performance large-area thin-film transistors (µ ~ 10 cm2·V-1·s-1, on/off ratio ~ 106), through cost-effective and scalable solution-based deposition techniques. In addition, this exfoliation approach can be readily applied to a wide variety of 2D layered materials, including WSe2, Bi2Se3, NbSe2, In2Se3, Sb2Te3, and black phosphorus.

The robust and high-yield (> 95%) fabrication of thin-film transistor (TFT) arrays readily enable the construction of a series of logic gates, including inverter, NAND, NOR, AND, and XOR logic gates. The successful realization of these diverse logic functions allows us to further construct computational circuits such as a half adder, which corresponds to the addition of two one-bit binary numbers. The experimental truth table clearly demonstrates that we have successfully implemented a basic logic computation.

Our study has thus enabled the scalable integration of complex logic computational circuits from solution-processed 2D materials, which is previously unattainable with other types of chemical intercalants (Li/Na/K and analogues) or liquid exfoliation (intensive and prolonged sonication in solvents). We hope our work will continually contribute to the advancement of 2D-material-based electronic circuits. 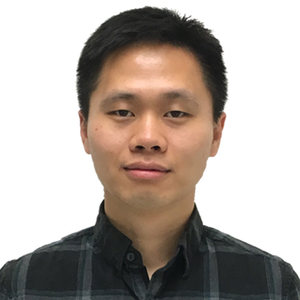