An excellent platform for investigating the quantum emitters collectively interacting with the photons.

Exploring the collective light-matter interaction is one of the most popular fundamental researches. However, the large environmental perturbations obscure the quantum features of an ensemble of atoms interacting with the light. Highlighting the quantum behaviour of a physical entity in macroscopic scale relies on strongly suppressing such perturbations and enhancing the atom-photon coupling strength.

Following this line of thought, our group at the University of Tokyo, and in collaboration with Benabid's group GPPMM from CNRS, France, developed a novel platform to investigate the collective light-matter interaction. To address the Doppler effect, the atoms are confined in an optical standing wave formed by a pair of counter-propagating laser beams. The lattice wavelength fulfills the magic condition so as to remove the frequency shift caused by the trapping beams. The enhancement of the atom-photon interaction was implemented by means of placing the latticed-confined atoms inside a hollow-core optical fibre. The atom-photon coupling strength is inversely proportional to the cross-sectional area of light beam. However, the beam’s Rayleigh length is reduced when its cross-section becomes small, shortening the light-matter interaction length. Letting the light travel inside the fibre cannot only retain a small cross-section but also extend the interaction length. Additionally, the multiple-mode fibre sustains a cross-section much smaller than that of the fundamental mode, further enhancing the atom-photon coupling strength.

Figure 1. Experimental setup, where the latticed-confined atoms are collectively coupled with a multi-mode fibre, with the recorded photon-emission power.

Thanks to the novel characteristics of this platform, the quantum behaviour of the collective atom-photon interaction manifests. The photon emission from the pumped atoms presents a ringing phenomenon that is similar to the superradiance (SR) observed in various gaseous and solid-state samples. Remarkably, due to our delicate technique the SR signal was recorded with a dynamic range of five orders of magnitude. The burst width clearly scales with the square root of the number of atoms, the signature of SR. To understand these temporal and spectroscopic properties, Maxwell-Bloch equations were employed to simulate the experimental results and they are well matched. In addition, our numerical simulation implies a crucial role of multiple-fibre-mode propagation in the collective atom-light interface. Our powerful platform has applications in exploring, for instances, many-body localization of disordered many-body systems, fibre-based remote macro-entanglement and quantum information processing, and miniaturization of optical lattice clocks. 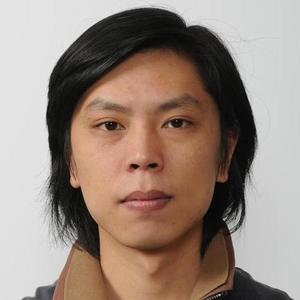