Magnetic soft robots are a promising option for contactless control in confined environments via external magnetic stimuli. Magneto-induced motions, i.e., magnetomotility, are driven by local deformation of a robot whereby particle alignments and alternating polar distributions are programmed into the body. Attempts to program magnetic anisotropy into the soft robots have been performed through direct laser printing (DLP), stereolithography (SLA), and fused filament fabrication (FDM) combined with multi-axial manipulation of electromagnets.

In magnetic manipulation of multiple soft robots, control of the individual robot remains an intricate maneuver since the respective trajectory of each robot is concurrently coordinated along different pathways. Battery-free operation of these multiple magnetic soft robots was performed through variations in frequencies of the in-plane rotating magnets as soft robots with different aspect ratios were actuated with other rotational modes-rotating, pivoting, and tumbling- even at identical rotating speed. In addition to orbital maneuvering of radii, velocities, and paths of the multiple soft robots, agile locomotion up to 60 body length s-1 and hierarchical magnetomotility helped the soft robots climb obstacles such as stairs, hills, and wrinkles under a perpetually rotating magnetic source and without the multi-directional regulation of magnetic fields.

Figure 1 Hierarchical magnetomotility driven by rotational and revolving movements of helical magnetic soft robots permits (a) climbing over obstacles, (b) underwater swimming of multiple soft robots, and (c) collective transportation of cargo via a single rotating axis of permanent magnets.

We also demonstrate cooperation amongst multiple magnetic soft robots inspired by the collective quality of cargo transportation in ant colonies. Collective behavior is a common observation in nature with examples found in cell migration, ant colonies, and schools of fish, to name a few. However, it is to achieve this design in collective robots because the dynamics of both individual and collective robotic motions need to be optimized from both computational and experimental analyses. These requirements become unnecessary in the present study as capillary forces act to attach the rotating and revolving soft robots around the cargo. The relocation of the magnets underneath the robots results in facilitated transportation of heavy objects similar to the work behavior of ants.

These novel techniques of on-demand orbital maneuvering via hierarchical magnetomotility can be expanded for biomedical applications where miniaturized magnetic swimmers can potentially deliver drugs into spaces with complex configurations. 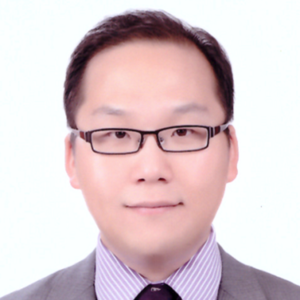