Towards a full-fledged quantum and classical communication in optical fibre.

Today, I am working in the centre of Excellence SPOC, Silicon Photonics for Optical Communication, sponsored by the Danish National Research Foundation (DNRF), which aims at solving the biggest challenges in optical communication: energy consumptions, limited capacity and security.

In particular, my research focuses on the design and test of new quantum protocols able at increasing current state-of-the-art systems in terms of achievable rate, channel distance and interoperability with current infrastructure.

In fact, the main limitations of existing quantum communication systems can be summarized in three points:

In order to assure information-theoretical secure communication, One Time Pad (algorithm) must be adopted. This algorithm requires a unique secret key, shared between Alice (transmitter) and Bob (receiver), as long as the plain text, i.e. the secret information to share. However, today quantum systems are limited in the key generation rate up to few Mbit/s which is well behind the Tbit/s or Pbit/s classical communication.

Different solutions to overcome this problem are available. For example, in classical communications, advanced modulation formats can be exploited to increase the transmission rate, i.e. one optical symbol can encode multiple bits. Similarly, in quantum communication, larger Hilbert space allows encoding more than one classical bit into a single photon. In this area, we pioneered the concept of high-dimensional quantum communication in fibre link using space encoding. In particular, my colleagues and I have used multicore and multimode fibre for transporting high dimensional quantum states between different users [npj Quantum Information 3, 25, Phys. Rev. Applied 11,064058]. Thus, we proved the ability of high-dimensional encoding at increasing the final secret key rate generation.

At the same time, theoretical simulations were adopted to have a better understanding of the physical process. In particular, a cost function defined as the secret key rate per number of modes was investigated and studied. The simulation proved that high-dimensional quantum states might not be the best option to increase the key generation rate if we are operating in a low noise channel [Scientific Reports, 712459].

2. Limited distance between Alice and Bob.

Although photons are very good carriers for information, since they do not interact with the external environment and they can easily be transported through an optical fibre (or in a free-space link), long-distance connections in fibre (more than 1000 km) have not been demonstrated yet. In fact, the losses in the optical fibre decrease the probability of Bob to receive a single photon, thus resulting in a zero key extraction process. In order to expect a large deployment of quantum communications, this important limitation should be overcome. During the last year a new protocol, proposed by M. Lucamarini et al., have presented [Nature 557] and experimentally demonstrated [Nature Photonics 13, 334-338] a way to overcome this limitation expecting the possibility of reaching 1000 km link [arXiv:1910.07823].

A different approach is identified by quantum repeaters, objects able at replicating the transmitted quantum state and allowing in principle very long link. In practice, these devices require either quantum memories, which can store single photons or special quantum states (cluster or graph states), which generation and transmission are not fully developed.

The third limitation is imposed by our planet. We cannot expect to have independent fibre infrastructure for classical communication (e.g., internet) and a parallel infrastructure for quantum signals. Current trend is on finding new ways to share the same infrastructure, or at least a part of it. Present quantum systems are mostly implemented and tested in dark or dedicated fibre. Big problems raised from classical light co-propagating with quantum signals. For example, Raman and Brillouin scattering will heavily influence and decrease the performance of the quantum systems. However, a different solution can also be identified: multicore or multimode fibres might be used for sharing the optical channel and an optimized power budget can be employed, thus the optical power of the classical signal can be decreased. In fact, in most of the optical links, a reduced optical power could be sufficient for error-free transmission. In this way, co-existing of quantum and classical signals will be possible and energy-saving procedures can be expected.

In our work, we focus our attention on the first and the third challenges. In particular, we exploited the largest multicore fibre generated up-to-know to demonstrate the world record in secret key rate generation and co-propagation of classical and quantum light. In particular, we used a 37-cores MCF, fabricated by Fujikura-JP- to massive space multiplex independent QKD signals and thus being able to generate 105 Mbit/s of secret key.

At the same time, we have also shown that our quantum system can co-exist with a low power 370 Gbit/s classical signal, attesting that this advanced fibre can be used at the same time for quantum e classical communication.

Our work represents a proof-of-concept demonstration of space division multiplexing for quantum key generation. In order to directly translate our results to commercial integrated photonics must be used. 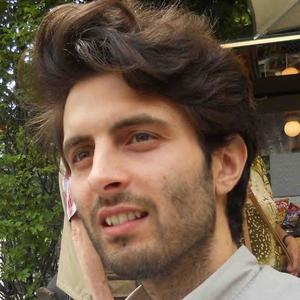