A realistic integration of metasurfaces for semiconductor laser beam-shaping applications

VCSEL has experienced a soaring development over the last 30 years, becoming the most versatile laser for applications in optical communication, instrumentation, manufacturing and sensing. Their integration with metasurfaces enables wafer-scale wavefront shaping, offering exciting new opportunities.

VCSELs operational principle relies on an active region, consisting only of a few pairs of quantum wells (gain region), sandwiched in between two distributed Bragg reflector mirrors parallel to the wafer surface. In this configuration, the laser radiation is emitted directly from the laser surfaces, i.e. perpendicular from wafer. These devices feature several advantages for both practical application and mass production: 1) the short axial length of the gain region and high reflectivity mirrors leads to small threshold current and thus low-power consumption, 2) they can be tested on-wafer before being cleaved into individual devices, increasing the fabrication yield, 3) they can be made into large-scale two-dimensional arrays, enabling tens of thousands of VCSELs processed simultaneously on a three-inch wafer, thus greatly reducing their fabrication cost.
However, due to the narrow aperture of the laser, their emission is generally highly divergent, spreading the signal after only few hundreds of microns from the laser source. Moreover, arbitrary beam shaping of VCSELs within a compact system still remains inaccessible till now.

The emerging ultra-thin flat optical structures, namely metasurfaces, offer a powerful technique to manipulate electromagnetic fields with exceptional spectral and spatial controllability. In comparison with conventional bulky optical components, the ultra-thin thickness, unique planar configuration, and complementary-metal-oxide-semiconductor processing compatibility of metasurfaces make them promising candidates for ultra-compact optoelectronic integration. The operational principle of metasurfaces relies on local -sub-wavelength- addressing of the phase, amplitude and polarization of light using arrangements of nanostructures, disposed precisely one with respect to each other to arbitrary modify the incoming light. In this regard, plasmonic metasurfaces have been previously integrated on VCSELs to improve the laser performance, such as the beam quality, light transmission and control polarization. With respect to plasmonic metasurfaces, recent high-index dielectric metasurfaces have demonstrated advantages of low absorption loss and the ability to engineer both the electric and the magnetic optical responses, predominantly considered for realistic applications.

In our recent work, we demonstrate a wafer-level non-intrusive and monolithic integration that solves the issues of arbitrary beam shaping VCSELs by directly sculpturing their emitting surfaces into metasurfaces, as illustrated in the headline. This monolithic approach, which enables arbitrary laser shaping, has been named Metasurface integrated Vertical Cavity Surface Emitting Lasers (MS-VCSELs). It offers a new avenue for programmable laser-on-chip arrays, and enables the realization of independent laser sources with fully-arbitrary beam profiles. Integrating passive metasurfaces, i.e. beam shaping elements that do not alter the laser cavity, MS-VCSELs provide a new degree of freedom of beam shaping VCSELs without the risk of compromising the laser performances such as the operation mechanism, threshold, current distribution, lasing wavelength, high speed modulation, etc. It thus remains fully compatible with existing state-of-the-art VCSEL technologies, including the wafer-level fabrication process, the standard packaging process, electrical injection solutions and theoretical analysis. The arbitrary wavefront control directly at the wafer-level and the programmability of MS-VCSELs would significantly promote applications in various wide-field applications, such as optical fibre communications, laser printing, smartphones, optical sensing, face recognition, directional displays and ultra-compact light detection and ranging (LiDAR).

For more information please see https://www.nature.com/articles/s41565-019-0611-y or email at patrice.genevet@crhea.cnrs.fr 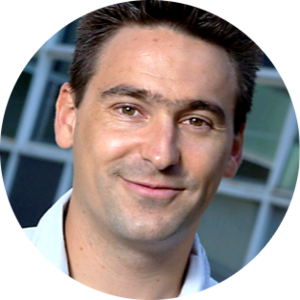