Silicon cannot effectively be used to detect near-infrared (NIR, 700–1,000 nm) light because of its band gap of 1.12 eV. Recently, we have introduced hourglass-shaped silicon nanowires photodiodes that use whispering gallery resonances to enhance their photoresponse in the NIR–SWIR region.

The research began with the development of highly sensitive silicon (Si) photodiodes (PDs) for power monitoring of 1,064 nm surgical laser equipment, which was supported by the Institute for Information and communications Technology Promotion (IITP) grant funded by the Korean government (Ministry of Science and ICT). Our team was struggling to explore the feasibility of the goal of developing Si PDs capable of low-cost mass production. We soon encountered material limitations. The semiconductor band gap determines the minimum energy and the maximum wavelength of photons that can generate electron–hole pairs, and the absorption coefficient of photons with energy near the band gap is extremely low. Therefore, Si photodiodes hardly detect light with a wavelength greater than 1,100 nm, which corresponds to its band gap (~1.12 eV). In order to increase the light absorption at wavelengths near the Si band gap, we decided to find a way by creating a structure that induces effective interaction of light at that wavelength.

We noted that optical resonances confine light in a specific structure, greatly increasing the path of light propagation, and thus significantly increasing light absorption at that resonance wavelength. Whispering gallery modes, one of the strong resonances in nanostructures, effectively increase the light absorption path by total internal reflection of light along the edge of a concave circular structure. With this in mind, we identified whispering gallery modes in inverted-cone-shaped asymmetric Si nanowires (SiNWs) and tried to find the optimum structure to absorb 1,064 nm wavelength light by changing the diameter and height of the nanowires. By adjusting the ratio of HBr / Cl2 / O2 gas mixtures injected in inductively coupled plasma reactive ion etching, we discovered the first unintentional hourglass-shaped SiNW formed under specific O2 gas conditions. At that time, we only regarded this as a mistake, so we modified the etch conditions again to vary the physical dimensions of the inverted-cone-shaped SiNW. Not much later, we wondered if hourglass-shaped SiNW could further increase light absorption because it is a combination of two structures with opposite inclination to the direction of incident light. After we measured the electrical and optical characteristics of the fabricated device and compared it to other structured devices, we finally realized that we found an amazing nanostructure that could help with our objective!

<Summary of our work on the hourglass-shaped silicon nanowire photodiodes>

The hourglass structure provided what we were looking for.

To verify the excellent photoresponse of the hourglass-shaped SiNW in applications, we attempted to demonstrate a heart-rate measurement system using the fabricated Si PDs and compare their performance with a commercial system. Our system successfully monitored the heartbeat waveform in real time, and exhibits an error of less than 0.4% compared to the commercial system. The proposed structure in the future is also expected to provide optical solutions in various fields such as LiDAR of self-driving vehicles, medical lasers, military night vision goggles, image sensors and many more.

<Our colleagues at IDEA lab. (POSTECH)> 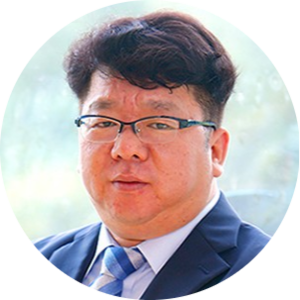