In recent years there has been growing evidence suggesting that biological systems are capable of harnessing quantum effects to their functional advantage.

In recent years there has been growing evidence suggesting that biological systems are capable of harnessing quantum effects to their functional advantage. Canonical examples range from quantum coherent energy transport in photosynthesis, to radical pair magnetoreception as an avian magnetic compass in robins. Yet biology is notoriously challenging to study using the standard tools of quantum physics.

Density functional theory (DFT) has for many decades been one of the main go-to methods for studying the electronic structure of materials, as acknowledged by the Nobel prize in Chemistry in 1998. Its theoretical basis has advanced a lot since its advent and, importantly, so too have its computational implementations.

The computational cost of DFT typically scales cubically with the number of electrons, which restricted its use to small molecules or periodic systems. This was at least the case until software, such as ONETEP (order-N electronic total energy package) was written, with a reformulation of the plane wave pseudopotential method which exploits the `near-sightedness' of electrons in systems with a non-vanishing band gap reduce that cubic scaling to linear scaling. This grants the freedom to study the electronic structure of systems comprising thousands of atoms such as proteins.

ONETEP has previously been used to parameterise a model Hamiltonian to describe quantum energy transfer in a photosynthetic light-harvesting complex. However, in order to begin to understand the roles of metals in biology, it is necessary to develop theoretical methods that account for the strong electronic correlations that can become particularly pronounced in the d and f shells of metal centres. By using ONETEP in conjunction with dynamical mean field theory (DMFT), we can begin to study the presence or absence of quantum biological function in metalloproteins from their underlying electronic structure.

The Cu2O22+ core of the hemocyanin protein embodies an uncommon open-shell singlet ground state where the copper atoms are far apart and therefore require a more rigorous application of DMFT with treatment of multiple correlated sites. Our paper presents the first application of cluster-DMFT to a biological system. We found that this singlet is an entangled quantum superposition of two localised magnetic moments (the  Heitler-London regime). Given the large distance separating the two copper atoms in this core, direct hopping of electrons between their d-shells is impossible and is instead mediated by the p-orbitals on the bridging oxygen molecule. What remains to be determined is whether this mechanism is exploited by the protein to perform its function of delivering dioxygen in invertebrates. The findings of this paper provide ample theoretical substance for us to get closer to answering this question.

In view of the progress in computational resources, the development of software and abundance of protein structural data, the methods applied here can be translated to uncover the function of many metalloproteins with consequences in catalysis, medicine and biomimetics. 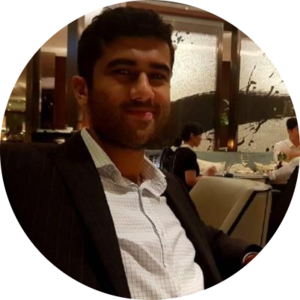