An artificial spiking afferent nerve based on Mott memristors for neurorobotics

Nowadays, artificial intelligence (AI) products full each corner in our life, such as smart homes, smart healthcare, automatic drive, and service robots, et al. They greatly rich and convenient our life and our work. The following problem, we know, is the exponentially boosting data that needs to be processed in real-time, which poses a significant challenge to the traditional computing architecture due to the von-Neumann bottleneck that causes extra delay and energy consumption during data communication. Neuromorphic machine based on spiking neural networks (SNN), due to its colocation of memory and computation, event-driven, and sparse coding methods, has been considered as a promising candidate. Recently, hardware SNNs based on complementary metal-oxide-semiconductor (CMOS) circuits (such as TrueNorth from IBM, Loihi from Intel, and Tianjic from Qinghua University, et al.) and emerging memristors, have been successfully demonstrated. Given the physical limitations of transistors and their lack of desirable dynamics, memristors have attracted special attention owing to their high integration intensity, low power consumption, analog behavior, and diffusive dynamics. For bridging the gap between the environment and the central spiking processing units, a compact interface (called an afferent nerve in biology) with the environment, which converts the analog signal from sensors into spikes in spiking neural networks, is another critical unit needs to be further studied. The implementation of such interface units could lead us to construct a self-aware machine, even used for the human-machine interface.

In this work, researchers from Umass Amherst, IMECAS, and University of Chinese Academy of Sciences (UCAS) teamed up to implement an artificial spiking afferent nerve (ASAN) as interface using specifically engineered NbOx Mott memristors. The ASAN can transform analog signals into dynamic spiking frequencies. The frequency of the ASAN has a quasi-linear relationship to the input voltage under non-noxious stimuli intensity and tends to stop firing under noxious input intensity, closely resembling a biological afferent nerve. The dynamic spiking behavior under various input signals, such as rectangular, triangular, and sinusoidal pulses, was studied systematically. To confirm the system application, the researchers further connect the ASAN with a piezoelectric sensor to construct an artificial spiking mechanoreceptor system (ASMS) without any external power source. The ASMS can respond to the pressure signals and transform the pressure intensity into a corresponding spiking frequency.

The afferent nerve can be readily extended to process sensory signals from various sensors, such as smell, taste, sight, hearing, temperature, magnetic field, and humidity. In addition to constructing the diversiform sensor systems, the afferent nerve circuit is also suitable for applications in spiking neurons owning to its leaky integration and fire features, or a coupled oscillator neural network owing to its input-intensity-dependent oscillation behavior. The nerve can thus be further used to construct complex neural networks to process central information and fabricate a highly efficient spiking neurorobotics system with self-awareness.

Our work is published on Nature Communications, at the link

One plus one equals more than two 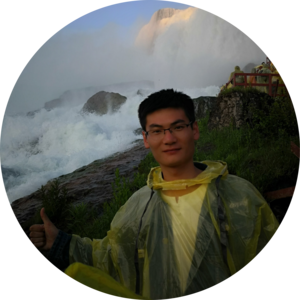 PHD candidate, Institute of Microelectronics of the Chinese Academy of Sciences