The remarkable electronic properties of graphene have fascinated condensed-matter physicists ever since their first demonstrations in 2004. My group has spent a decade studying the nuances of graphene nano- and optoelectronics and performing direct manipulations of graphene and other 2-dimensional (2D) materials, including covalent modification of pristine graphene and graphite. I recall several exciting discussions with the late Professor Robert C. Haddon of UC Riverside, an expert in Diels-Alder chemistry of graphene, in the early 2010s that first motivated me to pursue this field. Since then, we have successfully covalently modified pristine graphene with benzyne and the carbonyl ylide of tetracyanoethylene oxide (TCNEO). While these modifications were too disruptive to the graphene 2D nanoelectronic structure, they were natural “molecular handles” on the carbon that were relatively easy to use as scaffolds for subsequent reactions. We recently used this approach to produce a graphene-based stationary phase for chiral chromatography with remarkable stability and versatility.

With several years’ experience with graphene and graphite organic chemistry, we felt confident to expand our thinking in the area. TCNEO ylide modification covered the carbon surface with reactive nitrile groups amenable to the full range of classical organic reactions. We were particularly intrigued to engineer interfaces with biomolecules, not only for the purposes of extraction and purification but also in their endogenous contexts. A critical insight came from connecting our long experience with electronics and the electrical activity of certain biological tissues, particularly neurons. Current electrode-based electrophysiological methods in neuroscience suffer from a number of limitations, including the lack of simple methods to molecularly address extracellular electrodes to specific neuron types. We hypothesized that we could overcome this limitation by creating carbon-based electrodes with specific surface affinity endowed by covalent attachment of binding molecules.

The actual experimental work for our recent study published in Scientific Reports proceeded very smoothly. We began by trying to attach biotin to TCNEO-modified graphite reduced to expose free amine groups, and the reaction worked on the first try. We confirmed biological functionality of the biotinylated surface by treating it with streptavidin-coated quantum dots. As a crude test of electrode functionality, we connected a lead to the carbon and shined a bright light on the quantum dots, and were able to elicit a robust electronic photoresponse. We then repeated the same basic experiment with two polypeptide epitope tags grown directly on the carbon surface using solid-phase peptide synthesis, which was also relatively straightforward and required minimal optimization. A diagram of the quantum dot affinity setup and an example photoresponse trace are shown in part (a) of the attached figure.

Our material illustrates an important concept that we believe is under-appreciated in the field of graphene physics. While it would be very exciting to achieve tunable 2D electronics on the basis of graphene, and we continue to believe that ever-better covalent modifications of it and other carbon materials (graphite, carbon nanotubes) will bring us closer to that goal, there are also applications to microscale carbon electronics with potentially far-reaching impact. Addressable neuronal electrodes with specific surface chemistry, as diagrammed in (b), as well as additional uses as described in the paper, are within reach. We expect that the straightforward and flexible nature of organic chemistry on reduced TCNEO-modified graphite will allow for any such applications to be achieved quickly and with common reagents, with potential for rapid scalability. 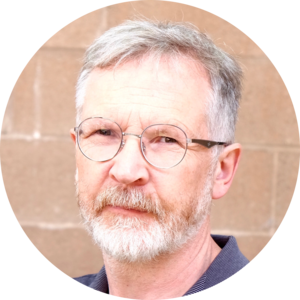