An intelligent power device is designed to directly control the output power modulation responses to external stimuli at a rapid speed.

Intelligent power devices are widely used in power solutions ranging from the most basic level of intelligent power control/integration to the most advanced digital control topologies. The power devices used in the conventional sensor-actuator system are commonly operated through a complex series of processes, including analog-to-digital (A/D) or digital-to-analog (D/A) converter, strong and weak electrical isolation, and CPU control. In pace with the advances of artificial intelligence (AI) technology, the power devices that can directly achieve output power modulation responses to external stimuli at a rapid speed are highly desirable for practical use. For instance, in a self-driving car, the output power of engine needs to be achievable in a rapid self-adjusted response to emergency braking or other accidents. However, the power devices used in AI systems, achieving automate actions and manual manipulate equipment in unexpected environmental changes, is a long-term challenge. Driven by this challenge, people have devoted many efforts to developing new intelligent power devices. Fascinatingly, human reflex is a rapid and involuntary movement in response to a stimulus without additional conscious thoughts, which gives us an idea to design intelligent power devices in terms of bioinspiration.

In this work, Professor Zhong Lin Wang, Professor Weiguo Hu, and co-workers from Beijing Institute of Nanoenergy and Nanosystems, Chinese Academy of Sciences report a strain-controlled power device (SPD) that can directly control the output power responses to external strain at a rapid speed with programmable, unsupervised/supervised features. The SPD is designed by using AlGaN/AlN/GaN-based high electron mobility transistor (HEMT) in a cantilever architecture, which greatly simplifies the system complexity. An external strain is loaded on the SPD which emulates the reflex process of mechanical stimuli. Based on tuning the two-dimensional electron gas (2DEG) density at the AlGaN/AlN/GaN heterointerfaces caused by spontaneous and piezoelectric polarization, the SPD can achieve significant output power modulation with weak mechanical stimuli, and show the ultimate power control with the gate voltage.

Compared to conventional sensor-actuator systems, the SPD is designed to reduce the cumbersome steps of converting weak mechanical stimulus feedback into controlling large output power. Additionally, the flexible and miniaturized intelligent power devices also provide additional freedoms for complex motion and adaptation to environmental constraints. More impressively, the SPD shows the output power self-regulation in real-time response to acceleration changes, which demonstrates the potential application of the SPD in acceleration-feedback-control.

This work provides not only insights into interactions of mechanical stimuli and power control, but may also promote the development of intelligent power devices similar to human reflex. The SPD will have excellent application prospects to domains ranging from automotive to biomedical, such as automatic drive, robotic control system, and human-machine interfaces. 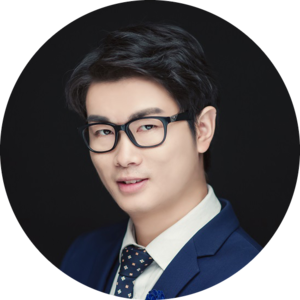