We report a technique based on tip-enhanced Resonance Raman spectroscopy that can be used to investigate the vibrational modes of an isolated molecule with nanoscale spatial resolution.

Similar to how human fingerprints can identify a person, the vibration of the atoms in a molecule can classify a molecule. Such information occurs at unique frequencies and can be obtained through Raman spectroscopy. Being an optical spectroscopy technique, the diffraction limit of light poses a restriction to the spatial resolution to approximately half the wavelength of the excitation source. In order to apply optical spectroscopy such as Raman spectroscopy to nanoscale materials, several approaches have been introduced.  One such approach is tip-enhanced Raman spectroscopy (TERS), a technique that uses the tip of a scanning probe microscope such as an atomic force microscope (AFM) or scanning tunnelling microscope (STM) to tightly focus the excitation light and collect the Raman scattered photons to dimensions much less than the diffraction limit.  As such, TERS has the characteristics of both high chemical sensitivity and high spatial resolution.   Owing to these characteristics, TERS promises the possibility to identify the inner properties of a single molecule.

In our work, we report a technique based on TERS that can be used to investigate the vibrational modes of an isolated molecule with nanoscale spatial resolution. Even before I started with this research, a well-known paper in the field of single molecule TERS is a work by Zhang, et. al published in Nature in 2013. Thus, I used this paper as a benchmark when I started developing the TERS setup in our laboratory.

Our group focuses on developing tools for nano-spectroscopy in combination with the ultrahigh vacuum (UHV), low-temperature (LT) STM, STM-TERS is also one of the directions the group wanted to go.  Since joining the lab, I have been developing this technique.  Having little background in Raman spectroscopy and literally zero background in STM, it’s an understatement to say that I had a difficult time in the development. It took me 6 months to get my first ever TERS signal from a different molecule. It was as if it was out of sheer luck since after that was a series of experiments that seems to go nowhere. After a few discussions with my colleagues of possible things to do, I finally got TERS signal from a copper naphthalocyanine molecule after 1.5 years.

As it took quite a long time, I was already very happy when I got the first STM-TERS signal.   But not only that, in combination with single molecule absorption spectroscopy developed in our group, my experiments displayed an unambiguous proof of single molecule resonance Raman effect.  As these are very promising results, we decided to go further and try Raman mapping. Our Raman mapping results show clear distinction between the Raman maps of individual modes, which contradicts Zhang, et. al's published work, but agrees well with theoretical works. As far as I know, this was the first demonstration that the STM-TERS mapping of single molecules are indeed vibrationally sensitive. Having a different result from the pioneering paper of Zhang, et. al, publishing our results was a feat in itself since it is as if we are going against the status quo. We got rejected several times, without review. After exactly 4 months from our first submission, Nature Nanotechnology agreed to review our work.

During the review process of our paper however, Lee, et. al published their work in Nature wherein they showed STM-TERS maps with better spatial resolution than ours, an impressive 1.67 Å.  Moreover, they showed that each mode corresponds to a different pattern of the Raman map. In order to achieve this, they had to place the tip within 2 Å on top of the molecule.  Owing to this, the molecule’s vibrational mode is affected showing a shift in the peak position as the tip gets closer.

The glimmer of hope we were holding on to was that we did not need to perturb the system to get the maps. That is, our results showed that the molecule remains in its original electronic state as evidenced by scanning tunnelling spectroscopy measurements, by keeping the tip farther from the molecule. With this strategy, we are able to keep the molecule’s intrinsic properties which is useful for investigating the unperturbed properties of a single molecule. In the future, we are looking forward to seeing our technique be used to identify new molecules based on their vibrational modes, similar to how biometric scanners process human fingerprints. 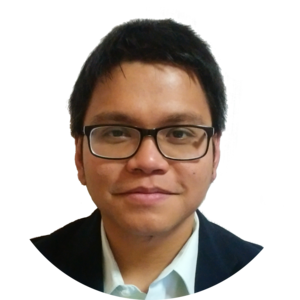