By using a scanning probe to control the polarization of ferroelectric polymers deposited on the surface of two-dimensional transition metal dichalcogenides, optoelectronic and unconventional memory devices can be created based on lateral p–n junctions

Carrier type controlling or effective doping for two-dimensional (2D) semiconductors is essential for their application. Many research groups have devoted to bring p-type and n-type semiconductors together vertically to fabricate electronic and optoelectronics devices. A number of pioneering works have demonstrated different methods to program the carrier type in 2D materials, such as electrostatic doping, chemical doping, ion implantation, charge transfer, and annealing control. For our group, ferroelectric polarization, which takes advantage of the nonvolatile electrostatic fields at the interface, could be an alternative approach. Formerly, we have successfully suppressed the dark current of 2D material photodetectors based on the ferroelectric field effect transistor (FeFET) structure.

In previous work, ferroelectric materials were used to tune the transport properties and band structure of different 2D materials. As is known to all, piezoresponse force microscopy (PFM) is a variation of atomic force microscopy (AFM) that allows patterning and manipulation of ferroelectric domains. One day when we were performing the PFM tests as usual, a new idea came out. What will it bring if we replace the bottom electrode with a 2D material? In this condition, PFM is not a technique to characterize ferroelectric materials, but a method to control the properties of 2D materials. The atomically-thin nature of 2D materials, together with atomic precision of PFM, makes it a great prospect in nano-device applications.

Fast forward to today, we report in Nature Electronics “Programmable transition metal dichalcogenide homojunctions controlled by nonvolatile ferroelectric domains”. Unlike the conventional electrostatic doping, the ferroelectric field formed by the orderly arrangement of the dipoles at the interface is non-volatile. The polarization direction of ferroelectric materials can be controlled by the voltage applied to the PFM tips, which act like a gate electrode in the conventional transistor. This doping method has its unique charms. Compared with traditional transistors with fixed gate electrodes, the PFM tip can move freely, which makes the ferroelectric domain patterns written free of the restrictions of the metal electrode and edited arbitrarily. Furthermore, the ferroelectric polarization is non-volatile, which can be changed by external voltage pulse. It makes the written ferroelectric domain pattern can be erased and rewritten to fabricate new functional devices, that is to say, one device can achieve a variety of different functions.

Based on this tip scanning technique, MoTe2 p-n, n-p, p-p, n-n homojunctions, and an electrical writing and optical reading memory devices are built. A type of quasi-non-volatile memory under the assistance of the ferroelectric domain pattern method has been further explored with Peng Zhou’s research group, which demonstrates a refresh time of 100 s and a write/erase speed of 10 µs. 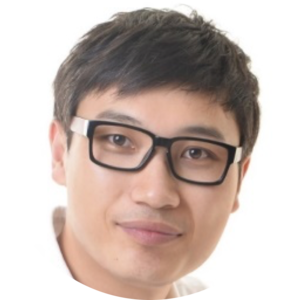