Two-dimensional (2D) transition-metal chalcogenides (TMCs) have been attracted numerous interests owing to their unique physical and chemical properties as well as a wide range of applications in the fields such as electronics, catalysis and energy storage. Particularly, TMC monolayers are highly desirable accompanied by the requirements of miniaturized electronics and flexible wearable devices. To produce TMC monolayers, two approaches involve in top-down approach (mechanical, liquid-phase and electrochemical exfoliation) and bottom-up approach (chemical vapour deposition) have been developed. Unfortunately, the resultant 2D TMCs are usually a mixture of monolayers and multilayers, and their production yield is usually lower than 1 wt.%. Most importantly, these 2D TMCs, especially the metallic-phase TMC monolayers are unstable in ambient conditions (< 1 month), greatly blocking the applications of 2D TMCs.

In this work, we report a new approach to produce TMC monolayers “Conversion of non-van der Waals solids to 2D transition-metal chalcogenides” in Nature. Unlike the traditional top-down and bottom-up approaches employed in producing 2D TMCs, we develop an efficient topological conversion method to progressively transform non-van der Waals solids (transition metal carbides and nitrides (MAX phases), transition metal borides and silicides) in chalcogen and phosphorous vapours at high temperatures (873-1373 K), producing undoped and doped TMCs. Take a MAX phase as an example, the M and A species in MAX phases would react with chalcogen-containing vapour (HyZ, where Z represents sulfur, selenium or tellurium and y is 0 or 2) to produce MZ composition (TMCs) and AZ volatile product at high temperatures (Figure a), respectively. The volatile AZ products with a high vapour pressure were easily extracted and beneficial for the complete conversion of MAX phases to TMCs (Figure b). These resultant TMCs, especially the metallic-phase TMCs have a high production yields of monolayers (~ 30%), and are stable under ambient conditions for one year. Even at a high temperature of 1373 K, these TMC monolayers still remained. Moreover, a high throughput production of MoS2 monolayers up to ~ 91% was achieved by using layered Mo2C as a precursor during our topological conversion approach.

Figure. a, Schematic illustration of the conversion of non-van der Waals to 2D TMCs. b, Vapour-temperature relationship for various AZ intermediate substances. (https://www.nature.com/articles/s41586-019-1904-x) 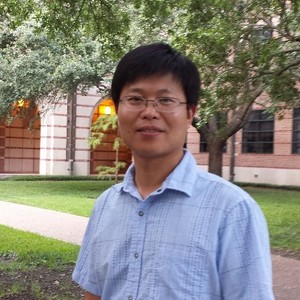 Muhammad Usman Ghori
Nature Portfolio Device and Materials Engineering Community
We use cookies to help improve your experience. By continuing to browse our website you are consenting to our use of cookies.
Learn more