Design of a multifunctional polar metal via high-throughput structural screening

Polar metal is rare in nature. In this work, we use first-principles high-throughput structure screening to design a polar metal BiPbTi2O6 with multifunction.

The Gauss’ law in the theory of classical electrodynamics tells us that for a conductor in electrostatic equilibrium, the net electric field inside it is zero due to the screening of mobile electrons; on the other hand, a net electric field is needed to align internal dipoles that can break inversion symmetry. Therefore, a polar metal—a metal that spontaneously breaks inversion symmetry and exhibits long-range ordered dipoles through cooperative atomic displacements as in insulating ferroelectrics—is very rare in nature.

In the year of 1965, Anderson and Blount predicted a ‘ferroelectric metal’ or a ‘polar metal’. They argued that if the polar phonon modes are decoupled to the free electrons, ferroelectric-like displacements and conduction can coexist [1]. However, it took almost half a century before the first unambiguous intrinsic polar metal LiOsO3 was synthesized and reported in experiment [2].

Since then, a great deal of works has been devoted to studying LiOsO3 and searching for new polar metal. Approximate polar metallic states can be created in degenerately doped ferroelectrics [3], in which polar displacements and conduction can coexist. However, they are not intrinsic metals because the conduction originates from dopants and the carrier density is usually lower than metals. Intrinsic polar metals that have a spontaneous and continuous centrosymmetric-to-polar phase transition at finite temperatures are indeed scarce in naturally occurring materials.

Therefore, we are motivated to design new intrinsic polar metals using first-principles calculations. In this work, we design a new material BiPbTi2O6 (BPTO) and predict that it is a polar metal. Why we choose this particular chemical composition can be understood as follows: in transition metal oxides, Bi is formally 3+, Pb is formally 2+ and O is formally 2−. There are two Ti atoms and due to charge balance, each Ti is formally 3.5+. A fractional valence actually means partially filled bands, which leads to conduction. On the other hand, both Bi and Pb have 6s-lone pair electrons, which tend to go off-centering and induce local distortions [4]. This may break inversion symmetry. To verify that this intuitive picture actually works, we employ high-throughput structural screening methods because for a given chemical composition, a variety of crystal structures can be formed and we need to find the most stable crystal structure and make sure that it is polar. This is the biggest challenge of this work. After screening more than 1000 different crystal structures via performing the high-throughput calculations, we find that the three lowest energy structures of BPTO are all polar and intrinsically metallic (see the density of states of BPTO in Fig. 1a-c). Furthermore, for each polar structure of BPTO, there is a corresponding centrosymmetric structure, which indicates a spontaneous and continuous centrosymmetric-to-polar phase transition at finite temperatures (see the total energy change of BPTO from a centrosymmetric structure to a polar structure in Fig. 1d-f).

Fig. 1 a-c Density of states of the three polar structures of BPTO. d-f The change of total energy of BPTO from a centrosymmetric structure to a polar structure.

In addition to bulk property, we also study BPTO thin films. By interfacing the polar metal BPTO with a ferroelectric material PbTiO3 (see Fig. 2), we find that at high temperatures, the interfacial coupling enables an electrical switching of the polar displacements in BPTO; at the low temperatures, the energy barrier cannot be overcome and the polar displacements of BPTO get “stuck”. However, an electric field can switch the polarization of PbTiO3 and stabilize multiple states with different orientation of PbTiO3 polarization relative to the polar displacements of BPTO. Each state has different tunneling barriers and thus such a junction can be potentially used in multi-state memory devices. Our calculations show that the BPTO/PbTiO3 heterostructure has multifunction at different working temperatures.

Dr. Yue-Wen FANG is a project researcher at Kyoto University.

Dr. Hanghui Chen is an assistant professor at NYU Shanghai and a global network assistant professor at New York University. He leads the group of “MATERIALS THEORY AND DESIGN” researching complex oxides and oxide heterostructures with a focus on correlated phenomena (magnetism and superconductivity), structure-property relation and electron-phonon coupling. More information can be found at https://www.hanghuichen.org/. 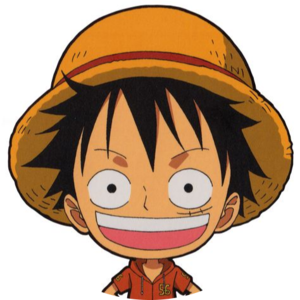 I am a postdoctoral researcher at Kyoto University. Very recently, I am interested in high throughput calculations and materials informatics.