Benefiting from their high conductivity and developed synthesis technology, metallic Ag, Cu and Au nanowires are mostly investigated. Unfortunately, they are far from the practical application as electrical nanocables. It is just like that a naked copper wire without coaxial rubber shell is unable to be used directly, due to safety reason and weak resistance to high temperature, oxidizing, acidic and humid environment. Therefore, dressing these nanowires with inert shell (i.e. silicon oxide and alumina) to isolate the electrical core from external surroundings is mandatory.

Metal silicide is another type of materials possessing outstanding conductivity, at the meanwhile exhibiting obviously better stability. Interestingly, we found in our study upon silicon-based compound nanowires that SiO2 is inevitable forming during the growth process. By referring to many literatures, we confirmed that it is a universal rule, although there was no detailed demonstration in growth kinetics manner. We think this is a promising solution to fabricate a real sense of electrical nanocable with the core-shell configuration of metal silicide nanowire @ SiO2, if the growth process could be understood well and then controlled. Finally, manganese silicide nanowires were chosen as the target product. About half a year later, the current preparation strategy was determined. During this period of time, several key problems related to source species evaporation, transport, and crystal nuclei were settled, i.e. choosing suitable precursors and precisely matching them, temperature and atmosphere control, and also maintaining the favorable chamber condition. Finally, almost perfect Mn5Si3@SiO2 nanocables with millimeters length were synthesized. Both the insulating shell and electrical core displays very good uniformity. A serial experiments were designed to evaluate the advantages of this structure as nanoscale interconnect, including basic electrical property (conductivity and maximum current density tolerable), resistance to strong oxidizing (H2O2, 10%) and acidic environment (HCl, PH=1), anti-interference capability and I-V test in bended state. All of these evaluation confirmed that Mn5Si3@SiO2 nanocables are sufficient as special nanoscale electrical interconnect.

Fig. 1(a) SEM image of the morphology of a typical nanocable. (b) A unit being bended. (c) the core and shell marked. (d) I-V test of a nanocable with a red LED incorprated, the inset is the optical image of the circuit working at ~300℃ with current of ~1 mA. (e) I-V characteristics of a nanocable (as inset) with/without immersed in HCl solution (PH=1).

These advantages make it applicable in high temperature and high power device, even in corrosive environment. With good biocompatibility, it would be interesting if such a unit was used in bioelectronics field to explore the intracellular and intercellular actions, and considered for application in implantable bioelectronics. The outstanding flexibility and millimeters length make it promising as free-standing electrical interconnect in position adjustable micro and nanoscale functional systems, such as MEMS and nanoprobe systems. We expect scientists in the fields to be interested in these topics and put forward its practical application. 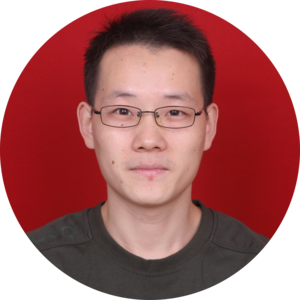