Ultrafast ionization of atoms and molecules are the starting yet decisive  step during  the interaction of matter with intense laser pulses.  The strong field ionization (SFI) creates extreme non-stationary ionic states, triggers attosecond correlated electron-hole dynamics and subsequent ultrafast non-equilibrium evolution of matters, and leads to new ways of generating terahertz waves, attosecond light pulses  and attosecond electron pulses. Although many novel SFI induced phenomena are discovered and understood, SFI keeps bring new surprise to us  such as the recently discovered lasing from nitrogen ions in ambient air.

Fig.1. Transient ionization of nitrogen molecule during the laser pulse creates the ion in different states by removing electrons from the respective molecular orbitals,  which are subjected to the immediate polarization by  and continuous  interaction with the laser field.

Pumped by infrared laser pulses, nitrogen ions in air are created through SFI. It is found that the population difference between the upper (B) and the lower (X) states of the ions could be inverted leading to lasing against the previous understanding of SFI. The key question to be addressed  in this work is whether further interaction of  ions with lasers can be  considered independently by assuming the prior ionization is completed?  A related question will be how the coherence of the neutral is transferred to the ion? It is fundamentally important in many strong-field induced ultrafast physics such as electron transport, superconductor and femtosecond laser manufacturing.

Theoretically,  dealing with the ionization of many-body quantum systems is a long-standing challenge. In the proposed theory, the ions are treated as an open quantum system remaining interacting with the laser pulse while the ionization of the neutral is considered as transient injection of ions into possible electronic states ( the possible pathways are illustrated in Fig. 1). The new findings based on our theory are striking. It is shown that the population on the B states can be higher than that of the ground ionic state thus leading to ionic population inversion.  Franck-Condon principle is found failed as well based on the calculated vibrational population distribution. The physics behind can be attributed to the fact that the ions are immediately polarized upon their creation by the intense laser filed which has been ignored in the weak field case. These findings are likely to be universal but have been ignored so far.  It is further demonstrated that the instantaneous polarization has impact on multiphoton transitions between ionic states as well. In addition, we propose that the injection of ionization can be considered as an ultrafast streaking of the laser driven ionic systems analogy to the attosecond streaking technique.

Overall,  we have developed the new theoretical frame to investigate the influence of transient strong field ionization on the laser-ion coupling.  This work opens a new route toward the exploration of ionization initiated non-equilibrium dynamics, ion based quantum optics, and  the evolution of the quantum coherence in extreme conditions. The paper can be found on line https://doi.org/10.1038/s42005-020-0321-7. 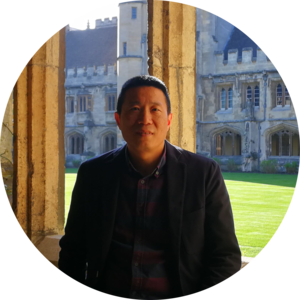