The biggest challenges facing humanity have always been about energy and related issues. Although there is increasing support towards going green, and pledges from many countries to leave coal and oil behind, shifting the source of power will only address the problems caused by dirty energy production. However, the demand for energy is still ever-growing so much so that one of the modern measures for the quality of life is average energy consumption per capita. In other terms, we do and will need more and more power to be happy and healthy. This brings us to formulating alternative energy solutions.

Renewable energy sources, i.e. solar, water, wind, geothermal and biofuel, are effectively limitless and guilt-free but rely heavily on geographic conditions. There is one more option that has all the benefits of renewables and can overcome the location obstacle yet remains under the radar - the living sources of electricity. No, we are not talking about putting an eel tank in each home, our idea is less… fishy. We, an international multidisciplinary group of researchers from China, Denmark, and Turkey, came together to further our understanding of microbial bioelectricity production and develop a method to significantly increase their power output.

Shewanella oneidensis MR-1 is a type of bacteria that generates electricity, applied in bacterial fuel cells, environmental pollution treatment, reduction of metal nanoparticles, and biosynthesis. We hypothesized that, compared to genetic engineering, introducing a highly-conductive, biocompatible matter in a tiny dimension with certain surface functional groups to a cell, could be more convenient and practical to upgrade its charge transport capability without damaging the organism. Thus, we fed S. oneidensis MR-1 microbes with carbon dots (CDs) which incorporated with the multiplying cells at an extra- and intra-cellular level. The prepared microbial fuel cells showed that using CDs can increase the maximum current value and power output by ~ 7.34 and 6.46 folds. We then ran various in-depth investigations to display the influence of CDs in enhancing bioelectricity generation. We demonstrated that CDs increased the overall electronegativity of the microbes and improved their cellular adhesion, which in turn increased the biomass on the anode of the microbial energy cell hence facilitated better electron transfer. We found out that CD’s highly conductive carbon core not only improved overall systemic electrical conductivity but can also increase the packing density of the electron transfer path. The experiments with mutant cells △OmcA/MtrC lacking electron transfer chain components showed that CDs could restore the path by insertion. Importantly, the CDs’ incorporation accelerated cells’ metabolic rate and flavin production, which in turn raised electron generation and transport rate.

We successfully created microbial energy cells of S. oneidensis MR-1 with significantly improved output and throughput using CDs. The results, which are published in Nature Communications, can contribute to next-generation energy systems and related fields.

Who knows maybe our future smart homes will use all their waste to culture bacteria that provide the energy they need. Wouldn’t it be fascinating? 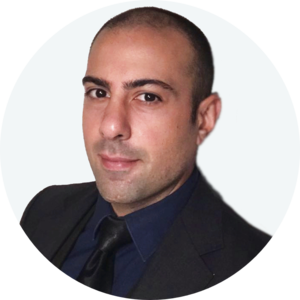 Contributor Nature
Behind the paper

The serendipitous journey behind understanding the inner workings of Li-rich cathodes and how that can provide a way to satisfy the "AND problem" for battery cathodes.

In our recent paper (Nature Communications, 2021, 12:3260), we reported the experimental study on defect properties of antimony trisulfide (Sb2S3). Here I highlight the critical issues regarding the sample preparation, unique defect properties and the significance to device performance improvement.

Amphiboles are amazing minerals existing in a wide range of temperature and pressure and accommodating a diversity of elements in their structure. These compounds can be potential functional materials because they exhibit strongly anisotropic properties stemming from their structural anisotropy.

Boriana Mihailova
Nature Portfolio Device and Materials Engineering Community
We use cookies to help improve your experience. By continuing to browse our website you are consenting to our use of cookies.
Learn more