Having one extra electron, nitrogen atoms modulate the electronic properties of graphitic carbon networks upon doping. Since the first example of nitrogen-doped carbon nanotubes, many variants of nitrogen-doped nanocarbons have indeed demonstrated electronic perturbations caused by nitrogen dopants, which prompted theoretical investigations on the origins of such effects. However, the most fundamental and important question, "Where in the carbon network and in what form does nitrogen doping occur?", had not been answered experimentally, which precluded in-depth further understanding.

Since 2017, our group has undertaken a campaign to design nanocarbon molecules by using 1,3,5-trisubstituted benzene (phenine) as basic trigonal planar units. This phenine strategy is so concise and versatile that it can take advantage of a wealth of modern coupling reactions, and bowl-, saddle-, cylinder-, and hemisphere-shaped nanocarbon molecules have already been synthesized within three years. In our work published in Nature Communications, we introduce another simple yet bold strategy to dope heteroatoms in nanocarbon molecules. To dope nitrogen, for instance, we simply use pyridine in place of benzene to assemble the phenine frameworks. As the first demonstration of this doping strategy, we focused on phenine nanotube molecules (pNTs) and periodically embedded nitrogen atoms and atom vacancy defects on a nanometer-sized cylinder. It took only a few months to complete a ten-step synthesis that assembles 32 benzene units and 8 pyridine units in the form of the nitrogen-doped pNT (NpNT) C296H256N8 with a molecular weight of 3923 (Fig. 1).

We were delighted to identify the crystal structure of the nanometer-sized NpNT molecule by elaborate X-ray diffraction analysis, which also required our extensive efforts in exploring unconventional methods of structural refinement. The refinement method adopted aspherical atom models instead of conventional spherical atom models, and the electron densities were fitted with deformed multipoles (Fig. 2). Consequently, an unexpected structure of the cylindrical molecule was located: after the initial refinement of the structure, residual densities of electrons were found to indicate the presence of an unassigned molecular structure (green clouds in Fig. 2). The residual electrons finally converged into another cylindrical structure that was rotated by 45° around the cylinder axis at the identical position.

As a fruitful, extra bonus of the aspherical models, we succeeded in locating and visualizing lone pairs on nitrogen (Fig. 3). Intrinsically, the lone pairs increased the electron densities around the nitrogen atoms, which was further visualized in experimental electrostatic potential maps with the most negative (–0.192-e•Å–1) area covering nitrogen atoms. The negative nitrogen atoms were also found to be effective in altering optical properties. With the nitrogen atoms embedded periodically in the cylinder, the cylinder alignment in the crystal resulted in the periodic positioning of nitrogen atoms around tubular nanopores. Our synthetic doping strategy will facilitate the exploration of heteroatom-doped nanocarbon molecules.

Fig. 3 | Crystal structures of NpNT. a An electrostatic potential map determined by X-ray charge density analysis. The enlarged view is a deformation map showing bonding and lone-pair electron densities. b A packing structure. 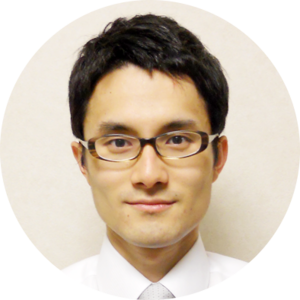 Lecturer, The University of Tokyo

Ahmed Jasim
over 1 year ago